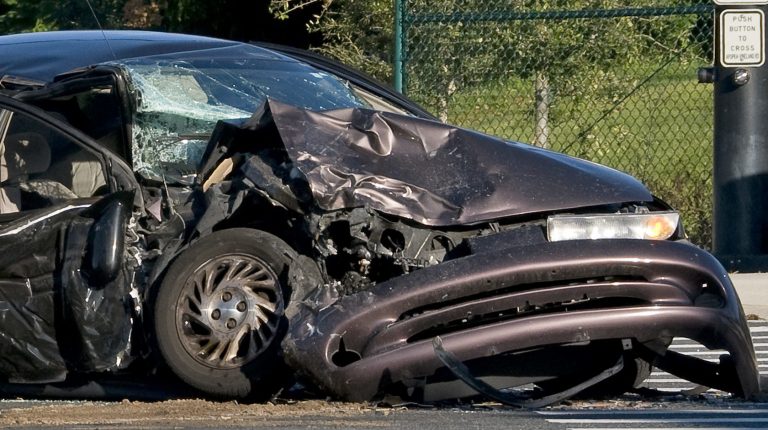 Recently, there has been plenty of advertisements circulating on social media offering to buy vehicles that have been in an accident, also known as ‘accident vehicles,’ especially those that suffered a total loss.

This is a term used by car insurance companies, a total loss or write-off is a situation where the lost value, repair cost or salvage cost of a damaged property exceeds its insured value. These cars are put through public auctions announced in newspapers.

However, there are obstacles to this trade, the most important of which is the absence of a law stating the possibility of re-licensing these cars.

In this regard, Head of the Compensation Sector at Delta Insurance Company, Ahmed Abo El-Enein, explained that car scrapping is carried out according to technical standards. The car is reviewed by specialised experts who determine that these cars cannot be reused, and, if fixed, will not return to their original condition. The cars are also reviewed according to a financial standard in order to determine the cost of repair, which may exceed the insurance value of the car, making scraping the better alternative. Customers are repaid the value of the insurance policy.

To do so, the customer submits an official file from the police station where the accident took place, then transfers the ownership of the car and hands over the license plates to the insurance company. The company then sets the price of the vehicles and offers it in a public auction for traders to buy them and repair the cars if possible, for resale.

Furthermore, Abo El-Enein explained that the comprehensive coverage which enables the client to compensate all damages caused to the car as a result of a fire or theft. Also, any material losses to the property of third parties would be compensated, when the customer is responsible for the accident, along with public property involved in the accident.

He noted that the cars can be re-licensed once repaired and inspected by traffic department officials who then determine if the car can be operated or not. However, he excluded the possibility of repairing if the car suffers from major damage related to safety standards.

General Manager of Automotive Compensation Department at Misr Insurance Company, Abdel Salam Farouk, agreed saying that the criteria on which the company bases the value of the car to the customer or the value the client paid for insurance, whichever is less. He explained that if the car value in the market during the time of the accident is EGP 100,000 and the policy value is EGP 90,000, the customer receives the latter.

Moreover, Farouk added that in case of the car license expired, which was involved in the accident, insurance will be directly cancelled and the insured will not receive any compensation.

Scrapped cars auctions have been increasing, he explained.

For his part, the director of the Automotive Compensation Department at Misr Insurance Company pointed out the possibility of re-licensing bought cars, noting that many of these cars are bought to be used as spare parts for other cars.

For his part, the Director of the Department of Car Insurance at Wethaq Takaful Insurance Company, Omar Mostafa, pointed out that the Financial Regulatory Authority (FRA) sends an expert to insurance companies to detect the condition of cars to determine the market value of the total loss vehicles.

He added that the cars whose licenses have expired and were not renewed are considered a violation of the Traffic Department Law.

He noted that the sale of the scrapped cars is only conducted through a public auction, and that insurance companies do not repair and resell the cars, as it is a violation.

He also pointed out that there is no clear law for the possibility of re-licensing cars unless it is fully repaired and is in a condition suitable for road travel.