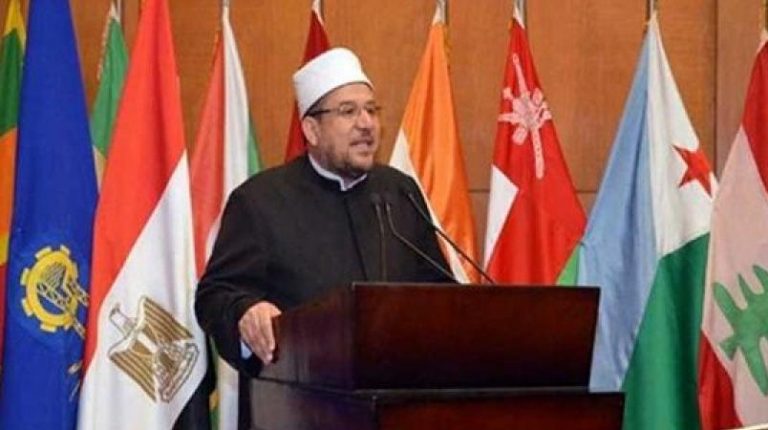 The 30th International Conference of the Supreme Council for Islamic Affairs of the Egyptian Ministry of Endowments kicked off on Sunday in Cairo under the auspices of President Abdel Fattah Al-Sisi. The conference aims to discuss contemporary views of citizenship within Islam.

The conference came under the title: ‘State-building Jurisprudence…A Modern Jurisprudence Vision,’ with the participation of about 500 figures from different countries including ministers of endowments, muftis, and presidents of Islamic councils from 57 countries, including 20 African nations.

The conference discusses 43 papers on its three axes, including topics of jurisprudence related to state-building.

It includes several topics on the concepts of the state and its pillars, the nature between the past and the present, jurisprudence provisions on the root of citizenship and contemporary research, citizenship in Islamic and regional legal systems, and the Islamic view of choosing the ruler.

The meeting also addresses contemporary state elections and the position of Islam within modern ruling systems.

During his speech before the conference, Minister of Endowment, Mohamed Mokhtar Gomaa, stressed that state building is a legitimate and national requirement for all persons, adding that supporting a just ruler is also a legitimate requirement.

Gomaa pointed out that “the power of the state is a force for all its people, a force for religion, a force for the nation, and that nations are built only by science, hard work, and effort.”

It also addresses the discourse of estrangement called by extremist groups and the negative effects of these groups, and the view of international legal systems of states as well as political, economic, cultural, legal, and constitutional factors in state building.