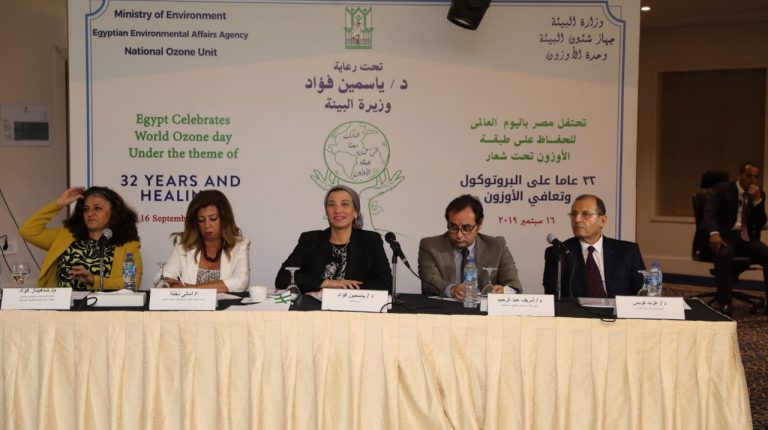 The Minister of Environment, Yasmine Fouad, said on Sunday that Egypt was able to get rid of about 99% of the ozone-depleting substances, which helped reduce the emission of carbon dioxide, in light of Egypt’s commitment to the Montreal Protocol.

She added that $5m were allocated to support companies to reduce the use of ozone-depleting substances.

During her ministry’s celebration of the World Ozone Day, Fouad noted that the ministry is supporting eight national companies to reduce the use of ozone-depleting substances and reach national industries in accordance with international standards such as the model of an Egyptian air conditioner.

The minister of environment praised the efforts of the ozone unit of its ministry, which is the first national unit at both the African and Arab levels, and its role in fulfilling Egypt’s obligations in international conventions, including the Montreal Protocol.

She further added that the ministry has received about $3.5m in funding from the UNDP and about $1.5m from the UN Industrial Development Programme to support refrigeration and air conditioning companies and to enable them to adjust their conditions and use materials which contribute toward the preservation of the environment.