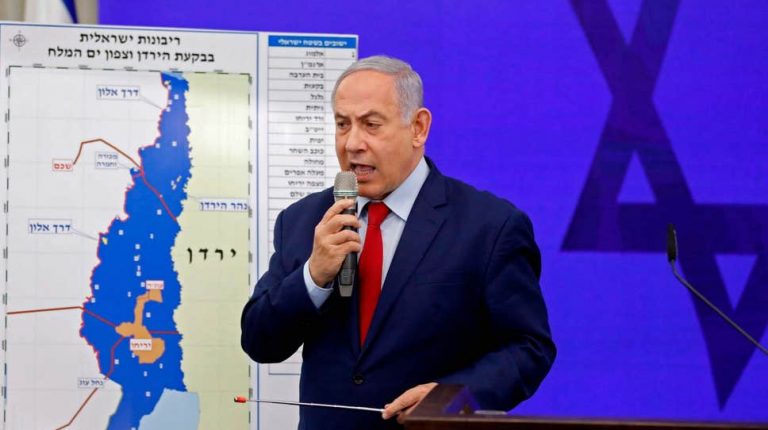 Israel’s Prime Minister Benjamin Netanyahu is at a tight race to win the re-lection of the general poll which will be held on 17 September, relying as usual on electoral pledges to gain more votes and trying hard to convince Israeli voters that he is the only leader capable of maintaining the security of Israel.

This time, Netanyahu vowed to annex parts of the occupied West Bank if he returned to office this week. He announced that he intends to impose the “Israeli sovereignty over the Jordan Valley and northern Dead Sea”. 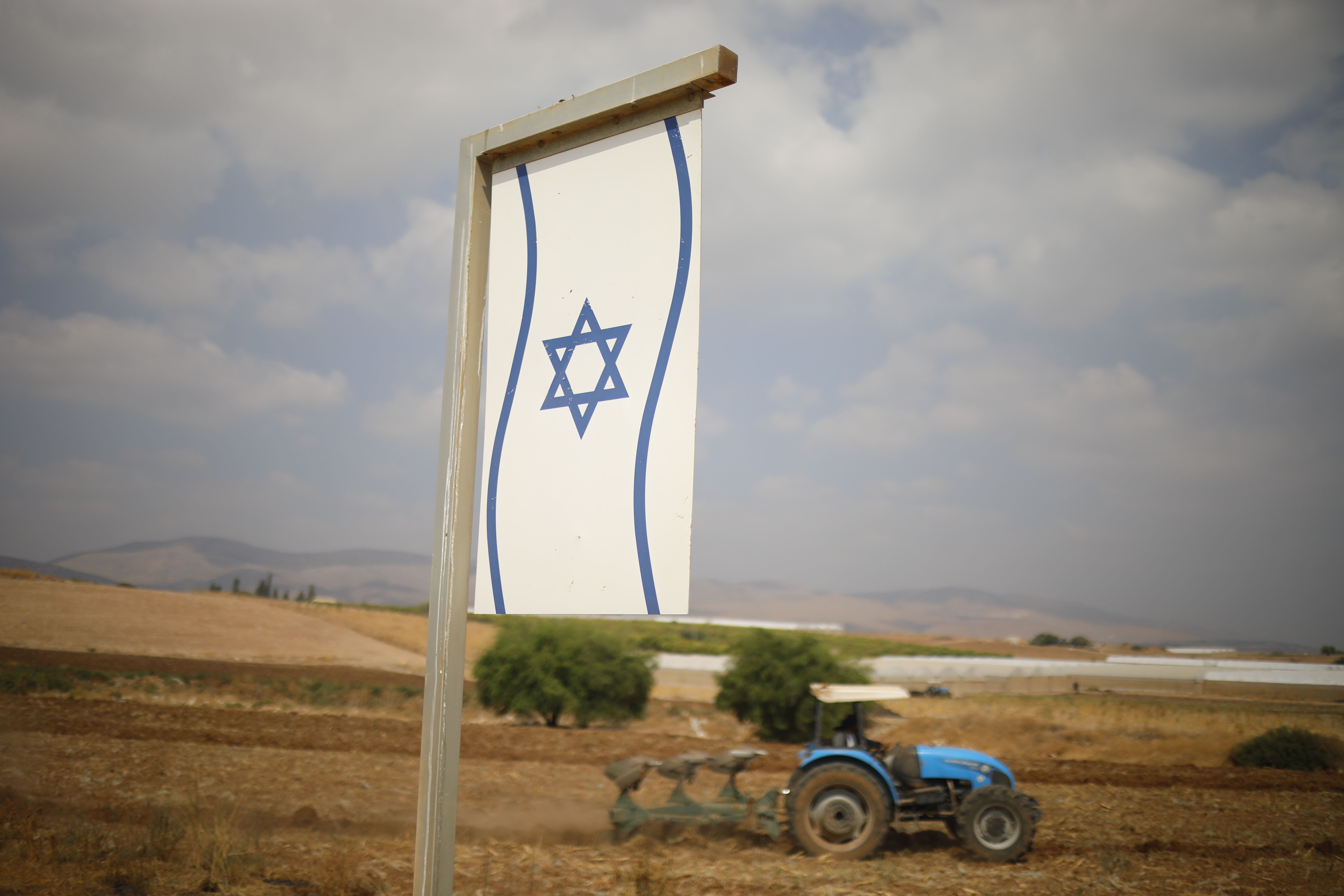 With such an announcement, Netanyahu hoped that right-wing parties would support in the election; upon which, he could eventually be able to form a coalition to lead Israel, in what appears to be one of the most difficult challenges in his political career.

The September re-election will be held because Netanyahu failed to form a coalition. In April’s election, results showed that the right-wing bloc gained 65 seats, while the centre-left bloc only got 55.

“Today I announce my intention to apply with the formation of the next government Israeli sovereignty over the Jordan Valley and the northern Dead Sea,” Netanyahu said in a televised speech last week.

Netanyahu, the leader of the right-wing Likud party, is facing a strong rival in this poll, former General Benny Gantz of the opposition centrist Blue and White party.

Final polls suggested on Friday that Likud and Blue and White party are tied at 32 seats. Polls have predicted that the right-wing bloc could take 58-59 seats in the Knesset, and 53 seats for the centre-left.

On the other hand, the premier also revealed that the United States Mideast plan or what became known as the so-called ‘Deal of the Century,’ is expected to be released following the Israeli elections, echoing Trump’s previous statements regarding the time of the release.

Annexing the Jordan Valley and the northern Dead Sea, if applied, would determine any future for a two-state solution, as Palestinians insist to have an independent state with east Jerusalem as its capital based on the 1967 borders.

Netanyahu also said that Israel would probably have no choice but to go to war in the Gaza Strip, amid an ongoing escalation in recent months with the Hamas movement. 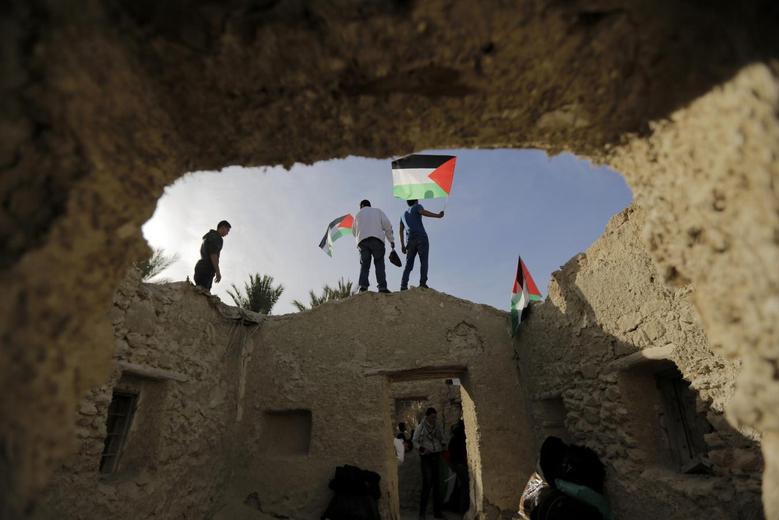 Netanyahu’s remarks of the Jordan Valley and the northern Dead Sea sparked a regional as well as an international backlash, even from Russian President Vladimir Putin, who had received the Israeli Prime Minister five days ago before the Israeli election.

Netanyahu made a one-day trip to Sochi in a visit that was seen as a desperate attempt to rally the Likud elder Russian-speaking immigrants in Israel.

The European Union spokesperson also commented on Netanyahu’s plans and said the bloc “will not recognise any changes to the pre-1967 borders” of Israel. “The policy of settlement construction and expansion is illegal under international law and its continuation, and actions taken in this context, undermine the viability of the two-state solution and the prospects for a lasting peace,” the EU spokesperson said in a statement.

Concurrently, Saeb Erekat, Secretary-General of the Palestine Liberation Organization said that the plans “would bury any chance for peace,” calling on the international community to denounce Netanyahu’s plans.

In a statement, the AL said that the announcement is “a dangerous update and Israeli aggression,” as it violates international law, the charter of the UN and UN Security Council Resolution 242/338.

Furthermore, UN Secretary-General Antonio Guterres said that “such steps, if implemented, would constitute a serious violation of international law.”

“They would be devastating to the potential of reviving negotiations and regional peace, while severely undermining the viability of the two-state solution,” Guterres added.

The Jordan Valley and the northern Dead Sea constitute almost 30% of the West Bank. Nearly 65,000 Palestinians and some 11,000 Israeli settlers live there, according to Israeli Information Center for Human Rights in the Occupied Territories.

Netanyahu hoped to be backed by the US President Donald Trump in his new plans to recognise Israeli sovereignty over the Jordan Valley and northern Dead Sea.

Trump already extended similar favours for his Israeli friend to strengthen his position in the general election held last April.

In March, Trump signed an official proclamation recognising Israel’s sovereignty over the occupied Golan Heights, overturning US foreign policy that has been held for decades. Earlier in December 2017, Trump formally recognised Jerusalem as the capital of Israel and ordered the relocation of the US embassy from Tel Aviv to Jerusalem.

Earlier this month, Netanyahu renewed his promise to annex all Israeli settlements in the occupied West Bank.

More than 628,000 Israeli settlers live in illegal settlements in the West Bank and Jerusalem, according to Human Rights Watch.

In 2017, Israel agreed on plans to establish 10,536 housing units in its settlements in the West Bank, compared to 4,611 units between 2015-2016, according to the Peace Now non-governmental Israeli organisation. 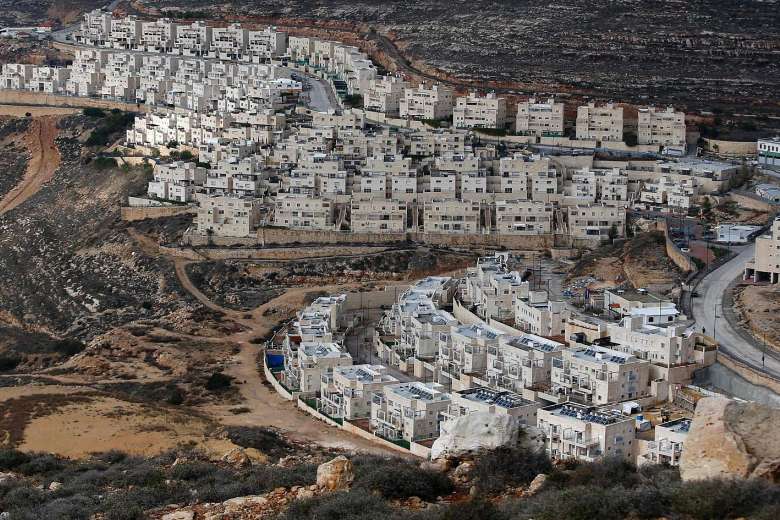 “Netanyahu is in the midst of a death match for his political career and he is leaning hard onto the one issue that has always helped him defeat his political opponents: security,” Nicholas A Heras, Middle East Security fellow at the Center for a New American Security told Daily News Egypt.

“There is no doubt that Netanyahu made his remarks concerning the Jordan River Valley to appeal to Israeli voters who are worried that the Jordanian side of the border with the West Bank could be a revolving door for terrorist groups to attack Israel,” Heras continued.

On Russia’s visit, Heras explained that he visited Putin to show Israelis that “only he, Benjamin Netanyahu, has the personal connection and strength to deal with the Russian leader on equal terms to ensure that Israel’s northern border with Syria is not breached by Iran.”

“Netanyahu wants Israeli voters to associate him with the word “security,” and this effort is a major part of his re-election campaign,” Heras highlighted.

On a possible war in Gaza or with Iran-backed Hezbollah, Heras pointed out that Netanyahu is more likely to go back to war with Hamas than with Hezbollah for a simple reason. “There is a powerful voting bloc of security-focused Israelis who live close to Gaza, and their support is essential if Netanyahu wants to remain prime minister if he is re-elected.”

“Hamas is also a much weaker actor in comparison to Hezbollah, and Netanyahu is a risk-averse leader who would not want to risk a major war with Hezbollah that would bring in Iran and could lead to mass destruction within Israel,” Heras noted. “The stakes, both political and regarding the existential survival of Israel, are much, much higher for Netanyahu if there was a war with Hezbollah,” Heras concluded.