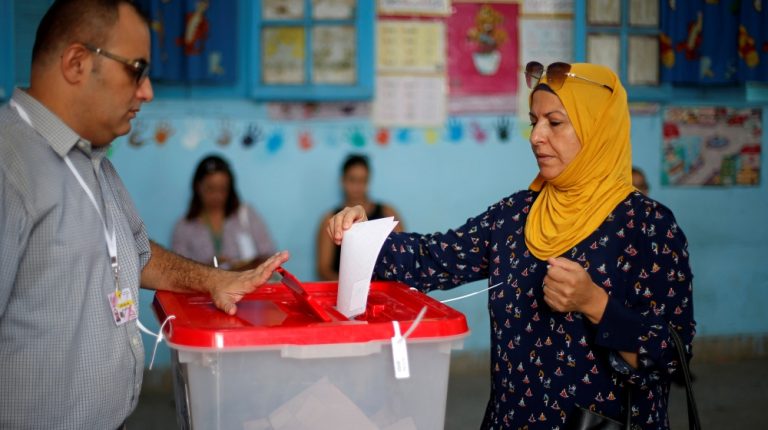 Tunisians began casting votes for their presidential election on Sunday where there is no overwhelming front-runner.

Polling stations opened at 8 am from the capital Tunis to the mining towns of the interior, and all the way to sand-swept Saharan villages in the south.

Tunisia threw out autocratic rule eight years ago in a revolution that inspired the ‘Arab Spring’ revolts in Egypt, Yemen, Bahrain, Libya, and Syria, but it alone has enjoyed a peaceful transition toward democracy.

The election was brought forward in July after the death of incumbent Beji Caid Essebsi. The independent election commission will have to deal with any appeals against the official verdict quickly.

More than 100,000 police and troop forces are deployed across the country to keep the peace for 7 million registered voters.

Preliminary results are expected to come out either Monday or Tuesday. If no candidate receives more than 50% of the votes, a second-round runoff must be held no later than November 3.

Tunisia’s president is responsible for the foreign and defence policies, while many other portfolios are handled by a prime minister chosen by parliament.