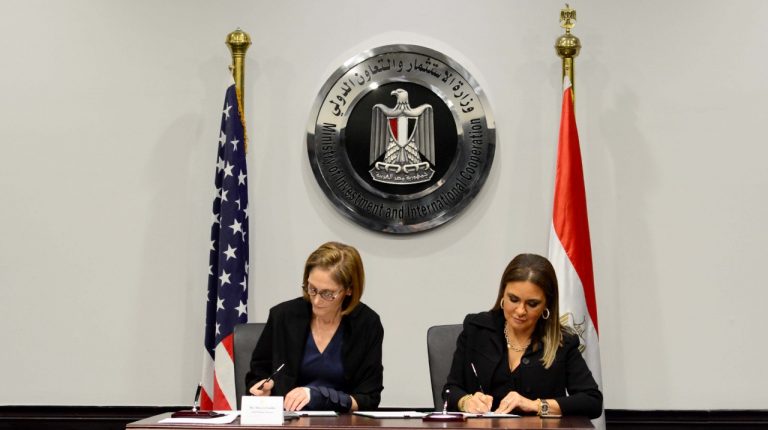 The Minister of Investment and International Cooperation, Sahar Nasr, signed with the Mission Director at the United States Agency for International Development (USAID), Sherry Carlin, new grant agreements worth $16.5m (about EGP 280m) in the basic education and agriculture sectors, the ministry said on Sunday in a statement.

The first agreement, worth $13m, is for the education ministry which aims to create a well-educated labour force that meets the market’s demands, improve the key skills for students in basic phases of education, and train new teachers.

The second agreement, worth $3.5m, is for increasing the farmers’ incomes and agricultural job opportunities in Upper Egypt and the Delta regions through increasing the productivity rates and involving farmers in international markets.

The USAID has been an important economic partner to the Egyptian government for decades, Nasr asserted, noting that the USAID supported Egypt with about $30bn over the years. On the other hand, American investments in Egypt reached $22.5bn by end of first quarter of fiscal year 2018/19.

“These agreements come in context of President Abdel Fattah Al-Sisi’s initiative to invest in human resources, particularly in Upper Egypt and the Delta, which are one of the neediest governorates. Our main objective is to develop the skills of Egyptian farmers and companies specialised in this sector to benefit from the best technologies,” Nasr stated.

For her part, Carlin explained that the USAID’s new agreements with Egypt in education and agriculture reflect the continued and strong partnership between both countries, noting that the USAID programmes will provide distinguished education opportunities for Egyptian students, and support teacher trainings, especially in areas such as engineering and technology.

The USAID and Egypt signed agreements in August and September amountinm to $75m (EGP 1.2bn) for six agreements in the fields of investment, trade, higher education, health, science and technology, basic education, and agriculture, Carlin concluded.