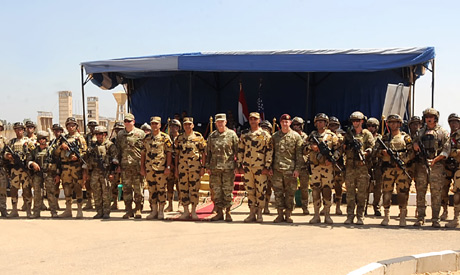 The training, which took place in Egypt, included exercises on ways to deal with explosive devices, fighting in cities and in open areas, and eliminating terrorist hideouts in residential areas.

During the training, the commander of the Thunderbolt forces gave a speech wherein he spoke about Defence Minister General, Mohamed Zaki, and the chief of staff of the armed forces, General Mohamed Farid’s, appreciation for and welcome of the American forces in Egypt for the special training, the statement added.

The JCET has been carried out by various elements of the Egyptian Thunderbolt forces and US special forces for several years, which contributes to the transfer and exchange of expertise and the ability to carry out collective action to face various threats and challenges.

In conjunction with the JCET, the Egyptian air force organised a ceremony on Sunday to mark the end of the third phase of development works at one of Egypt’s air bases in cooperation with the US.