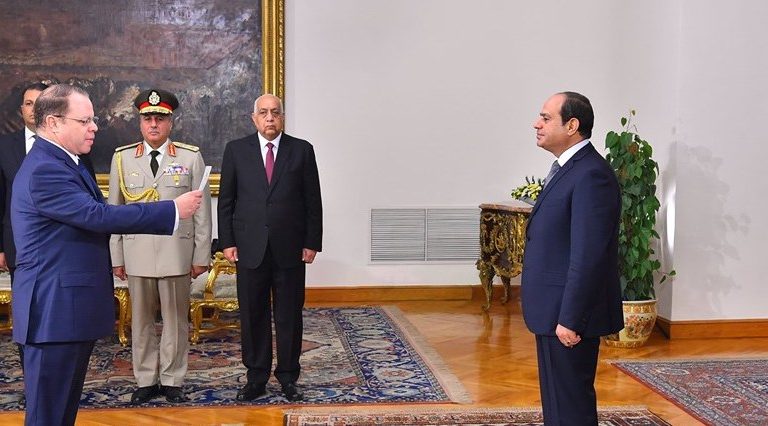 El-Sawy will officially assume his position on 19 September, when the term of former prosecutor general Nabil Sadek officially ends on 18 September. El-Sawy will stay in office for four years, which will not be renewed in accordance with the Constitution.

El-Sawy will also occupy other positions, including the membership of the Supreme Judicial Council for four years and the Supreme Council of Judicial Bodies, and the chairmanship of the national committee tasked with recovering frozen state assets abroad.

Moreover, Mohamed Hossam El Din was also sworn in before Al-Sisi as head of the Council of State.

Meanwhile, President Al-Sisi awarded the Order of the Republic: First Class to the outgoing prosecutor general Nabil Sadek, on Monday, and expressed his appreciation for his great efforts and commitment to law enforcement and the protection of justice

El-Sawy assumed several positions in the public prosecution. In 1986, he was appointed deputy prosecutor. He also worked as a court judge for some years before returning to the prosecution.