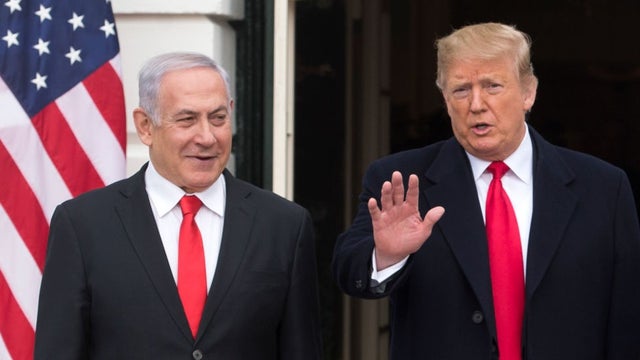 United States President Donald Trump said that he has discussed the possibility of establishing a mutual defence treaty with Israel on Saturday, according to Trump’s official twitter account.

“I had a call with Prime Minister Netanyahu to discuss the possibility of moving forward with a Mutual Defense Treaty, between the US and Israel,” Trump tweeted.

He asserted that he looks forward to continuing discussions after the Israeli elections, on the side-lines of the UN meeting which will begin on 24 September.

Trump’s tweet comes just days before Israel’s election on Tuesday, in a move which could boost Netanyahu’s re-election bid by showcasing Netanyahu’s close ties with Trump.

Netanyahu responded to Trump’s tweets by saying, “the Jewish state has never had a greater friend in the White House,” stressing that the UN meeting in September is to advance an US-Israel defence pact, and to continue Israeli battles against terrorism.

Moreover, Netanyahu used the mutual defence treaty immediately as an appeal to attract voters as he said, “I am going to make a defence pact that will provide security for Israel, but for that I need your votes,” in an interview with Israeli television Channel 12, also known as Keshet 12.