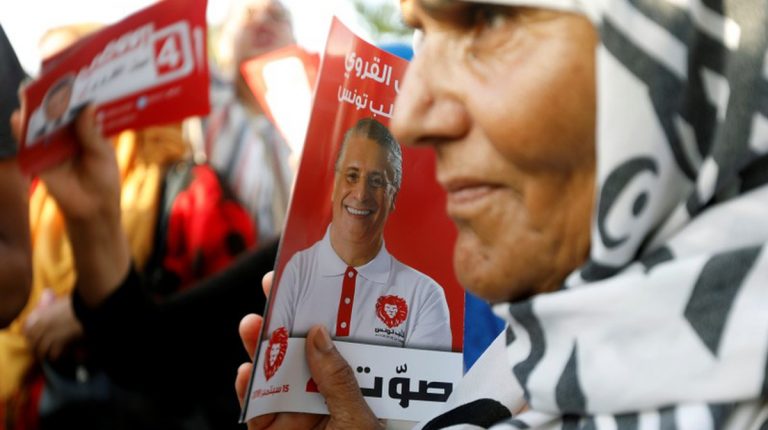 A law professor and a businessperson who is currently under arrest appear to claim the first round Tunisia’s second free and democratic presidential election, according to early results amid a low voter turnout.

Initial results showed a lead for Kais Saied, a 61-year-old law professor and an expert on constitutional affairs, receiving 19% of the votes, while Nabil Karoui, 56-year-old media mogul received 14.9%, according to Tunisia’s Independent High Authority for Elections.

Karoui, the owner of the private Nessma TV channel, was arrested over charges of money laundering and tax evasion just weeks before the vote.

Karoui’s party, Heart of Tunisia, said that the apprehension is meant to exclude him from the election race. However, the arrest has not prevented him from remaining a candidate in the polls.

Meanwhile, Abdelfattah Mourou, Ennahda candidate, received 13% of the votes, followed by Abdelkarim Zbidi, the defence minister with 9.6% and Prime Minister Youssef Chahed with 7.4%.

Preliminary results are expected to be released on Tuesday 17 September.

A total of 26 candidates, including two women, ran for elections.

Turnout for the election was 45%, the Independent High Authority for Elections announced, compared to 63% in the 2014 election.

The election was expected to take place on 17 November but was brought forward to 15 September after President Beji Caid Essebsi died in July following a severe health crisis.

According to the 2014 Tunisian Constitution, the prime minister and a government chosen by parliament share executive powers and governance, as the president has authority pver foreign and defence policy.