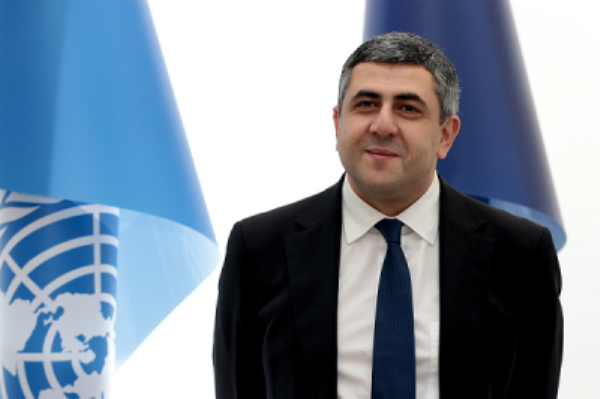 The UNWTO Secretary-General Zurab Pololikashvili, Chairperson of the Executive Council in the UNWTO and Minister of Tourism in Kenya, Najib Balala suggest establishing a tourism committee in light of Egypt’s presidency of the African Union (AU).

They continued that this committee will be under the umbrella of the AU and in coordination and cooperation with the UNWTO, with the aim of discussing tourism issues which face the sector in Africa.

They mentioned that this committee will also help other African countries to explore the possibility of benefiting from Egypt’s Tourism Reform Programme (E-TRP) which was adopted by the Egyptian Ministry of Tourism last November to develop the sector.

For her part, Egypt’s Minister of Tourism, Rania Al-Mashat, welcomed their proposal, stressing that the establishment of this committee will increase opportunities for cooperation between the UNWTO and African countries, and will promote the tourism sector in all African countries.

She asserted that all these efforts will strengthen the tourism sector globally as a sector which exports services, pointing out that the tourism sector is considered an important sector that significantly contributes to the provision of foreign exchange, as well as to job creation.

Meanwhile, the UNWTO announced on Saturday during the latest meeting of the UNWTO’s general assembly, that Egypt’s ‘People To People’ campaign has been selected as the best promotional movie in the Middle East.

The ‘People To People’ campaign video was published last month, and was curated by Beautiful Destinations, the social media travel hub, highlighting the different experiences that Egypt has to offer in gastronomy, culture, and various activities through its people.