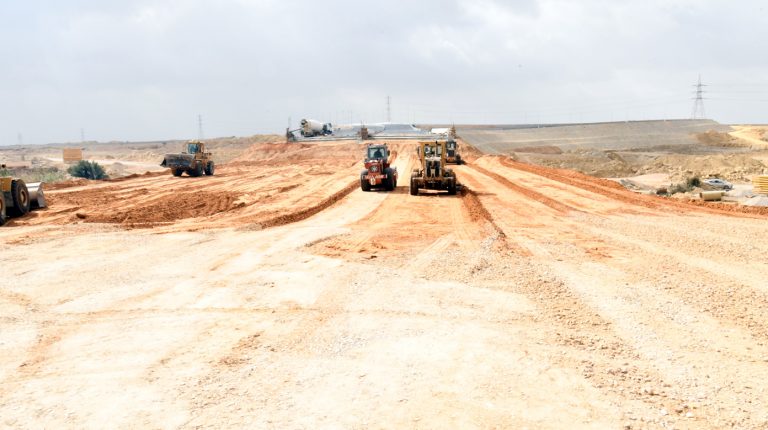 The Ministry of Housing, Utilities and Urban Communities has expanded the offering of land under a new mechanism, which depends on the direct-order allocation.

Real estate market stakeholders said this mechanism will play an important role in reviving the market as well as encouraging local and foreign direct investment (FDIs) in the real estate sector.

Assistant Housing Minister for the New Urban Communities Authority (NUCA) Affairs, Walid Abbas, said that service, commercial, and educational lands are the most demanded among investors and real estate companies according to the direct-order land allocation system in new cities.

Last week, Abbas told Daily News Egypt that this system has seen great success, where the NUCA has already allocated over 2,000 feddan under the new system, valued at EGP 85bn, and the authority has already collected about 10% of the lands’ value.

The direct-order land allocation is usually conducted at predetermined prices by special committees based on the fair market value of land plots.

Abbas said that the NUCA has received 900 requests for land allocation so far, of which 510 requests have been determined. In addition, 243 of the 510 applicants have paid 10% of the land value.

In July, the NUCA board of directors, chaired by the Minister of Housing, Utilities and Urban Communities, Assem El-Gazzar, approved the initiation of a mechanism to deal with investors’ applications for acquiring plots of land in various new cities. This is in accordance with the powers of the NUCA board of directors, established by Law 59 of 1979, in order to ease the land allocation and boost investments in new cities.

Chairperson of Cairo Capital Developments, Ahmed Selim, said that the decision to allocate land directly helps to significantly attract more investments, and encourages companies to acquire new land in a safe and stable way, apart from land dealers and brokers.

Selim pointed out that there is a balanced demand on lands through the direct-order system in all areas, such as west and east Cairo, as well as in Upper Egypt, in various investment activities, whether for residential or commercial purpose.

Regarding the fears of corruption that may happen in the new system, Selim assured there is a plenty land plots offered for purchase which prevents any corruption as the supply would meet the market demands.

He expected an increased demand from local and foreign real estate companies in applying for different investment lands, especially in the cities of west Cairo, pointing out that they enjoy great investment opportunities as well as the focus of many investors and real estate developers.

Selim elaborated that the direct-order land allocation system is better than the partnership system between real estate developers and the government because it required senior developers. For the direct-order land allocation, the developer is free to implement his project without the strict conditions set by the state under the previous partnership system.

Chairperson of Albostany for Real Estate Development and Onyx Developments, Mohamed Albostany, said that the direct-order land allocation offers an opportunity to develop new cities, and opens the door for more FDIs.

Albostany explained that this decision is for developers as well as the Ministry of Housing, which needs substantial funds to spend on infrastructure works which are being carried out in new cities.

Furthermore, Albostany disclosed that the payment for land under the new system will be in US dollar, in case of selling lands to foreign investors.

Daker Abdellah, a board member of the Egyptian Federation for Construction and Building Contractors (EFCBC), said that the direct-order land allocation mechanism has witnessed remarkable demand and solved several developer’ problems in obtaining lands. He demanded that the government extends the new system to include individuals, not only companies and developers.

Abdellah elaborated that it is time for the revival of this mechanism, which achieved a boom in the rates of occupancy in new urban communities in the past two decades.

He further noted that the boom and high rates achieved by the new direct-order land allocation mechanism is a catalyst toward the implementation of the suggested mechanism in allocating small-sized land plots for persons.

Additionally, he explained that the current period is witnessing the expiration of the Suez Canal certificates and a number of other investment certificates and low interest rate on the deposit, which allows more liquidity for citizens. Subsequently this will push citizens to search for other savings and investment vessels or direct that liquidity to buy housing units and land to build units. Hence, introducing this new suggested mechanism will receive the opportunity to maximise the state’s revenues and financial resources.

Moreover, he stressed that this new mechanism will also contribute in the operation of a wide sector of construction companies and building materials factories, and boost economic development.