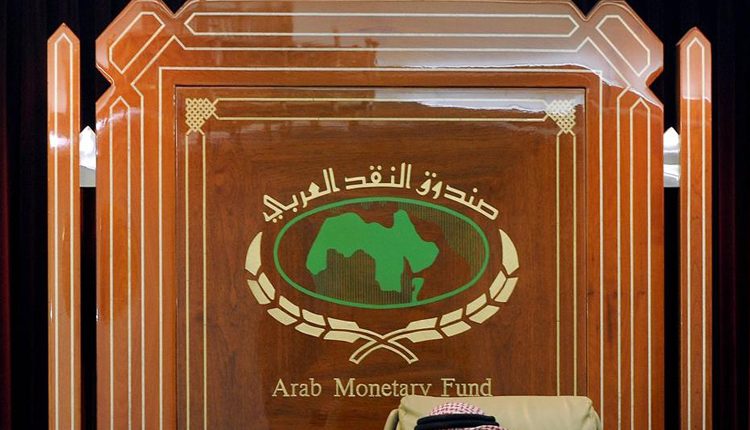 The Egyptian economy will continue its high growth rates in 2019 and 2020, especially after the state has completed its fuel subsidy reforms by reaching the cost recovery level for most fuel products and implemented the automatic fuel pricing mechanism, according to the Arab Monetary Fund’s (AMF) Arab Economic Outlook (AEO).

This step encourages more efficiency in energy use, and creates fiscal space to increase spending in health and education areas, the report mentioned, asserting that the timeline of the country’s comprehensive economic reform programme that is being implemented with the International Monetary Fund (IMF), will be finalised by the end of 2019.

Egypt implemented key policies to promote the country’s investment climate and achieve balanced economic growth that reached all the society’ categories to recover the economy’s stability, the report declared.

The Egyptian authorities aim to achieve a 6% economic growth by the end of the current fiscal year (FY) 2019/20, said the Minister of Finance Mohamed Moeit, during his participation at Euromoney Conference on 9 September. He asserted the government’s plans to sustain the growth over the coming years beyond the targeted 6%.

The growth rate of Arab economies is forecasted at 2.5% in 2019, compared to 2.1% in 2018, reflecting lower growth forecasts for both Arab oil exporters and importers due to the sluggish external demand and its adverse impact on oil and non-oil exports.

Growth in Arab countries is forecasted to increase to around 3.0% by 2020 due to several supportive factors, including the relative recovery of the global economy, the continuation of the positive impact of diversification efforts, economic reform programmes, and the structural reforms implemented in many countries to foster economic growth.

The global economy is expected to recover in 2020 provided that satisfactory agreements on outstanding trade disputes have been concluded, and the global trade powers return to the multilateral trading system under the World Trade Organization (WTO) umbrella.

The global economy still faces many risks, including the economic impact of the heightened trade war, the mounting levels of global debts, and their adverse consequences on households and companies’ balance sheets, in addition to the receding Chinese economy, the probability of a no-deal Brexit, and doubts about the ability of global economies to reach the 2030 sustainable development goals (SDGs).

Inflation rate in Arab countries likely to decline to around 6.7% in 2019

The AEO report indicated that many external and internal factors would influence inflation rates in Arab countries during the forecasted period. At the domestic level, inflation rates are anticipated to be impacted by fiscal reforms implemented in many Arab countries and measures adopted to mitigate their impact on consumers.

At external levels, the most important factors are the changes in oil and basic commodity prices, as well as exchange rate movements. In light of the above-mentioned developments, the inflation rate in Arab countries is expected to decline to around 6.7% in 2019 and 6.5% in 2020.

The first priority for Arab countries is economic diversification. Arabs have adopted several initiatives in the past five decades to diversify their production and export structures which successfully lowered the contribution of the extractive industry to around 20-40% to the total GDP.

Nevertheless, more efforts are required to foster economic diversification and stimulate the contribution of other sectors, the report said, adding that the manufacturing sector contributes no more than 11% of the total GDP in Arab countries, compared to 22% in developing and emerging countries, and 16% globally.

Shifting to the knowledge economy is the second priority for Arab economies. The report noted that amid the global transformations resulting from the fourth industrial revolution (4IR), Arab economies should focus on intensifying policies aiming at shifting toward a knowledge economy, where the contribution of Arab countries is still limited.

The shift to a knowledge economy provides significant opportunities to promote economic growth and create more jobs for the qualified young labour force in Arab countries, the report stressed. It added that digital transformations support the productivity and competitiveness of traditional sectors, such as agriculture, industry, and services.

Furthermore, the report said that reinforcing human capital in Arab countries is one of the main regional priorities, noting that discrepancies in human capital levels are largely responsible for explaining differences in levels of economic growth.

Arab countries are facing many challenges, as shown in the human capital index newly released by the World Bank (WB). These challenges reflect the urgent need of Arab countries to reinforce human capital, through improving education and health services, supporting training and scientific research, as well as promoting an enabling environment.

The high level of unemployment rates estimated at 10%, according to the WB, is double the world average, the report said, adding that unemployment in Arab countries is concentrated among the youth, females, educated people, and new entrants to the labour market.

Reducing unemployment requires a set of policies aimed at transforming the structures of Arab economies, increasing labour market dynamics, strengthening the role of the private sector, and deepening regional and global integration, the report asserted.

Arab countries need to pay more attention to microeconomic reforms, which include all policies aimed at reducing economic distortions and achieving efficient use of economic resources, through reforming labour or product markets to increase productivity and competitiveness levels.

Strengthening policy space to ensure the resilience of Arab economies is also a priority for Arab countries, the report said. The strong impact of the global economic performance on Arab economies is evidenced in the high correlation coefficient between the growth rates of Arab economies and the world economy during the past two decades which reached 0.84.

Moreover, strengthening policy space is needed to increase the resilience of Arab economies against external shocks. The required measures include ensuring fiscal discipline and financial sustainability, increasing the flexibility of exchange rate regimes, targeting inflation in some Arab countries, and strengthening levels of international reserves which have recently declined in some countries.

Supporting regional integration efforts is one of the main priorities, the report pronounced, noting that Arab countries have taken the necessary steps toward regional economic integration since the launch of the Greater Arab Free Trade Area (GAFTA).

Within this area, tariff and non-tariff barriers have been eliminated to reach the Arab Customs Union, which will be followed by negotiations to reach the Arab Common Market as the ultimate goal of the regional economic integration.

These efforts culminated in the signing of the Arab Agreement on the Liberalisation of Trade in Services, as an independent agreement from the GAFTA, which is expected to enter into force during the second half of 2019. The adoption of this agreement would increase intra-regional trade to levels similar to other international economic blocs and boost growth and employment opportunities. Supporting regional economic integration also requires parallel efforts to stimulate investments and capital flows among Arab countries.