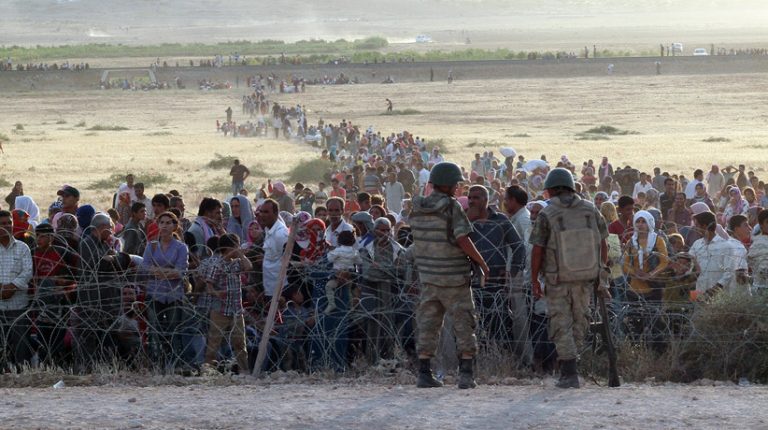 As a result of a recent and unprecedented hostile wave of anti-Syrian refugee sentiment in Turkey, Turkish President Recep Tayyip Edrogan on Friday renewed his threat of “open doors” into Europe for refugees, allowing them to enter Europe if Turkey does not receive more aid and support for safe areas.

He said, in an interview with Reuters, that Western aid to support Turkey’s handling of the Syrian refugee crisis is “insufficient and slow,” noting that his country has spent $40bn so far.

Of the millions of Syrian refugees who have fled abroad in order to escape the war which started in 2011, about 3.5 million currently reside in Turkey alone, according to United Nations estimates. 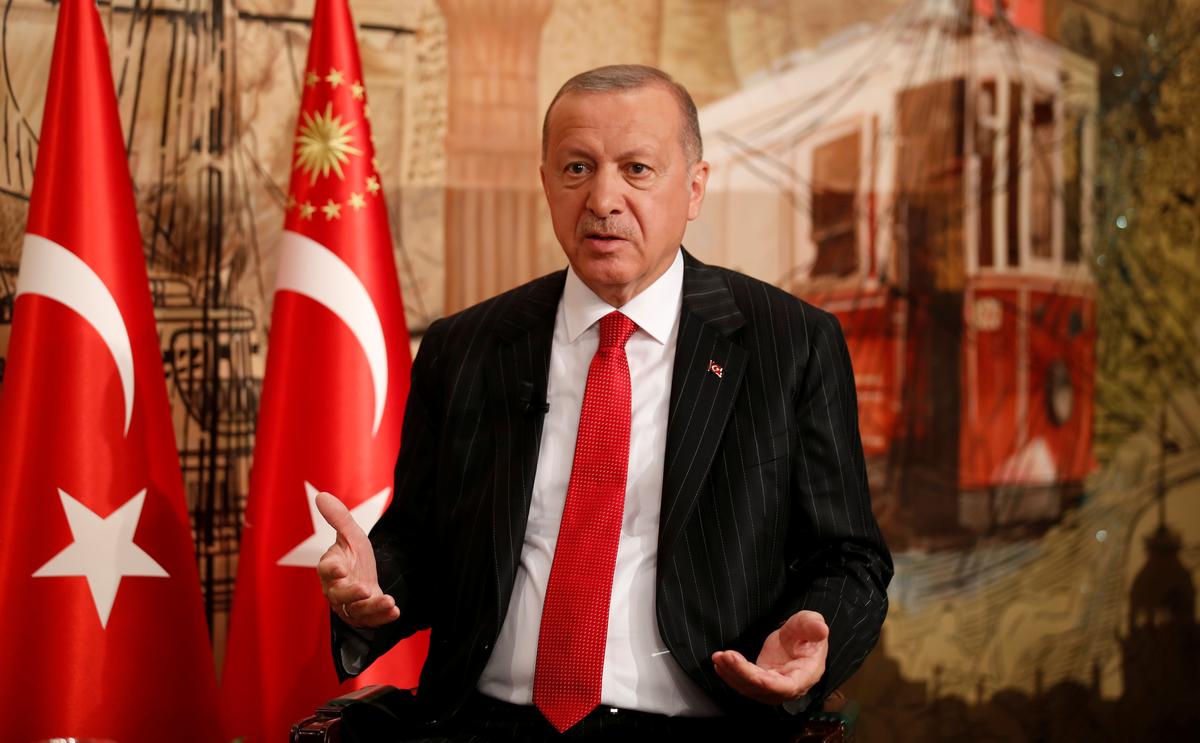 Under an agreement signed in 2016, the European Union (EU) dedicated €6bn to Turkey in exchange for tougher measures at Turkish borders to prevent the entrance of Syrian refugees into Europe from Turkey.

However, in previous statements, Edrogan has said only €3bn have arrived so far, noting that he might host a summit with France, Germany, and Russia in October to discuss the Syrian issue of Idlib and refugees.

The Idlib province and neighbouring areas under the control of militant factions are witnessing a ceasefire declared by Moscow on 31 August, four months after bombings from the regime and its Russian allies killed more than 960 civilians, according to the Syrian Observatory for Human Rights.

Turkey, which supports militant factions, has deployed troops to dozens of observation posts in northwest Syria. It fears the possibility of a new influx of refugees to its borders if the Assad regime launches a major offensive.

During the interview, the Turkish president also said he would discuss this month with United States counterpart, Donald Trump, the purchasing of Patriot missiles from the US.

He noted that his personal relationship with Trump could help overcome the crisis caused by the acquisition of Russia’s S-400 missile system.

Turkey’s purchase of the air defence system from Moscow has increased the possibility of US sanctions, meanwhile the US State Department already stated an offer to sell the patriot system to Ankara which had expired.

But the Turkish president said he had previously discussed with Trump the possibility of purchasing patriot missiles during a telephone conversation between them two weeks ago.

He added that they will continue discussions on the subject during their meeting in New York on the side-lines of the meetings of the UN general assembly, which begins next week.

Erdogan said he told Trump that “no matter what S-400 package we get, we can buy a certain amount of patriot, but I said we have to look at conditions that are at least in line with the Russian system.”

When questioned on whether he would ask Trump to prevent the US Treasury from imposing a heavy fine on the Turkish state-owned Halkbank for violating US sanctions on Iran, Erdogan said he was confident that such a “mistake” could be avoided, citing a “different kind of confidence” between him and the American president.

“In my opinion, a country like the US will not want to hurt its ally more. This is not rational behaviour,” he said. 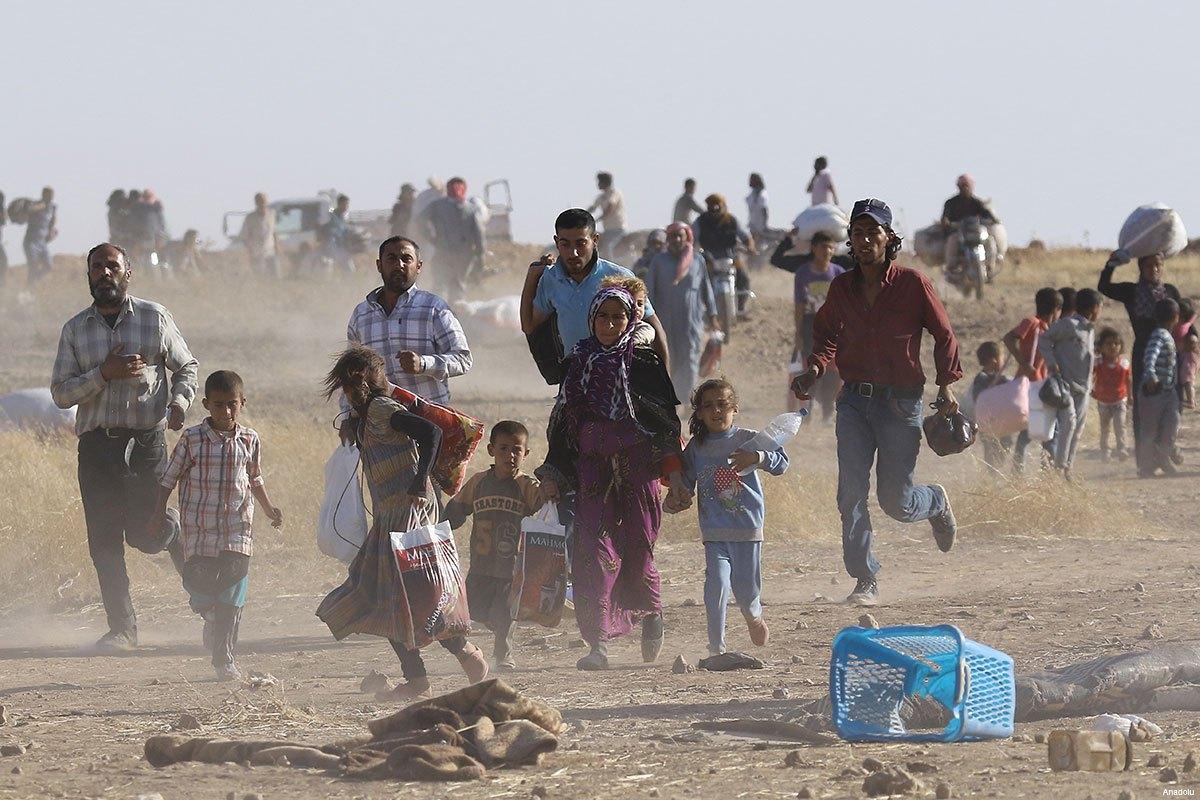 The magazine explained on Thursday that Erdogan threatens to “flood Europe” with immigrants to get more money, and to achieve his political purposes with regards to hostilities with Greece, and the file to join the EU.

The magazine pointed out that victims of Erdogan’s game with Europe are only the Syrian migrants and refugees.

In contrast, the European Commission believes that it has given enough, and has fulfilled its pledges of providing the agreed upon funds to Turkey in return for its reception of refugees.

Erdogan’s comments coincide with the arrival of 13 temporary boats last week, carrying more than 540 immigrants onto the shores of the Greek island of Lesbos, according to French newspaper Le Figaro.

In its report, the paper warned that Erdogan is retaliating against Greece over disputes over maritime borders through the migrant crisis, as well as Turkey’s most sensitive issue of EU accession and the refusal of member states for its poor human rights record that runs counter to the principles of the EU.

The paper pointed out that all these files are exploited by Erdogan through highlighting the “migrants and refugees” crisis.

The paper added that the massive influx of migrants is reminiscent of the nightmare of the summer of 2015: the passage of more than a million migrants into Greece, which resulted in the agreement between the EU and Turkey to control the flow of migrants.

The magazine explained that Erdogan–who is suffering from the fragility of the Turkish economy–is taking advantage of the migrant crisis in order to revive his country’s economy which was devastated by his own policies.

In the same context, the German newspaper Frankfurter Allgemeine said that Erdogan’s threat to flood Europe with refugees reflects his greed for money in ameliorating his country’s economic crises, and his desire to get rid of as many Syrian refugees as possible.

The newspaper noted that Erdogan is facing two internal problems. The first is that his people no longer welcome Syrian refugees, and the second is that his economy keeps deteriorating.

Noteworthy, the Turkish president is looking for two things: he wants more money from Europe to support his economy and he wants to establish what is known as a ‘safe zone’ in Syria.

The paper also said “Erdogan’s threats again show that the refugee agreement signed with Turkey is only a temporary solution and makes Europe vulnerable to blackmail.” It added that exploiting the fate of thousands of people by an authoritarian ruler such as Erdogan for political ends is ridiculous.

According to the German newspaper, the Europeans made Erdogan a ‘guard’ on their southern border three years ago, but they were not interested in solving the Syrian problem.

A few days ago, several European reports said the deal was on the verge of collapse due to Turkey’s weak control of its border.

In 2011, after the outbreak of the popular uprising that later turned into an armed conflict and civil war in Syria, Syrian refugees began arriving and living int Turkey under a temporary protection status—a special status granted to nationalities of some countries suffering from the impact of wars or natural disasters.

Last July, the number of Syrians refugees registered in Turkey reached 3,649,750 people, according to a statistic from the General Directorate of Immigration of the Turkish Ministry of Interior.