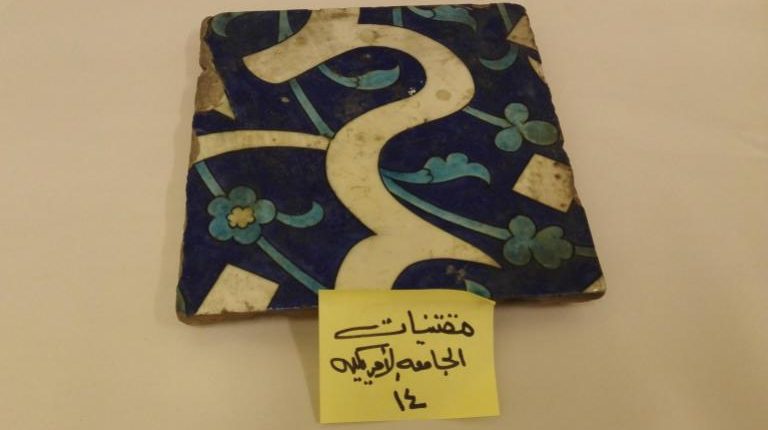 The National Museum of Egyptian Civilisation (NMEC) received on Tuesday 5,000 artefacts that were given by the American University in Cairo (AUC) to the Egyptian government two years ago, according to state-owned Al-Ahram.

The Islamic, Coptic, Pharaonic, Greek, and Roman antiquities, were legally processed by the AUC since the 1960s, after they were unearthed by an Egyptian-American excavation mission. At the time, the law stipulated the approval of any foreign mission to keep half of their artefact findings.

The joint mission dedicated its findings to the AUC, as the head of the US mission was the late George Scanlon, professor emeritus in AUC’s Department of Arab and Islamic Civilisations.

The relics were unearthed in the Fustat area. The museum is currently putting some of the artefacts on display while restoring the ones in need.

The artefacts include pottery shards, pieces of fabric, glass fragments, beads, and some coins. As for the bulk of the materials, they consist of fragments of everyday pottery, such as bowls, ulnas, jars, and bits of luxurious lusterware vessels. Most of the materials could be dated back to the 10th and 11th centuries. Some of the objects in the collection had been legal gifts to the university.