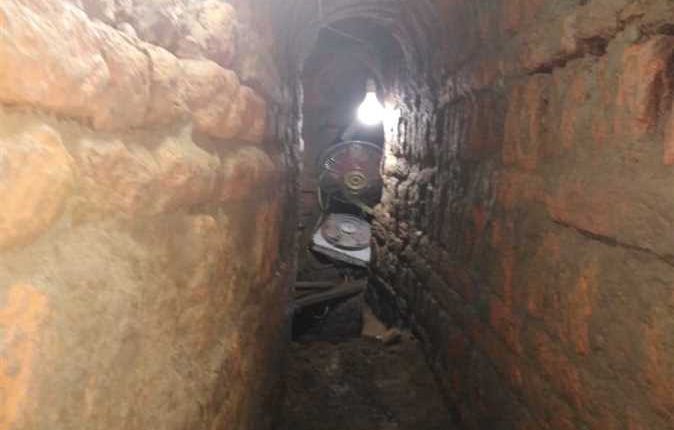 The ministry of antiquities, on Sunday, announced the unearthing of parts of an ancient temple beneath a house in Sohag, whose owners have been illegally digging for antiquities.

The era to which the temple belongs to has yet to be determined.

However, Ayman Ashmawy, head of the Egyptian antiquities sector at the ministry, said that the temple likely belongs to the Roman Empire era, due to the design of the unearthed limestone aisles. 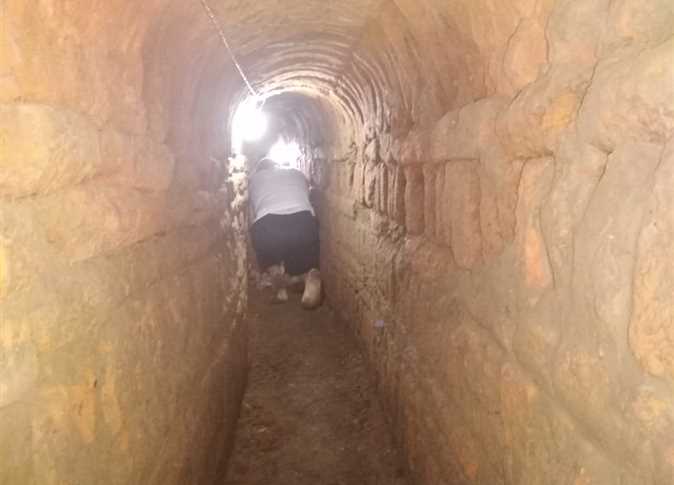 An archaeological mission is currently examining the temple to discover further details about it, Ashmawy told DMC channel.

The story began when the police was informed that some people were digging at their house for days searching for antiquities in Sohag.

They dug a 9-metre hole beneath the house, leading them into two 0.60-metre alleys made of limestone. A room made of limestone was also found, whose walls were covered with inscriptions, writings, and decorations.

They also found relics indicating that the discovery is part of an ancient temple that may belong to the Roman Empire era which started its rule in Egypt 30 BC after the end of the Ptolemaic rule by the death of Cleopatra.

Ashmawy explained that the design of the unearthed room indicates that it was a bathroom or a service room of a huge building, and that the alleys are connecting paths inside the temple.

“This cannot be the main building of the temple, as the Roman Empire did not use limestone in building their temples,” he assured.

This is the second discovery of its kind in the same week, he added.

Another temple was discovered a few days ago in the village of Kom Ashqaw in Sohag, whilst a contracting company was digging to complete the sewage project in the village. An archaeological mission was formed to examine the temple and define its era.

Ashmawy said that digging in this area was illegal, referring to the fact that it falls under the Law No 117 for 1983 for protecting antiquities. It means that the area has many unearthed antiquities, and that individuals cannot search for them.

Coincidence led to the discovery of many antiquities recently in Egypt, partly because of people’s obsession with getting rich quickly, especially in the residential areas built over archaeological sites, Ashmawy added.