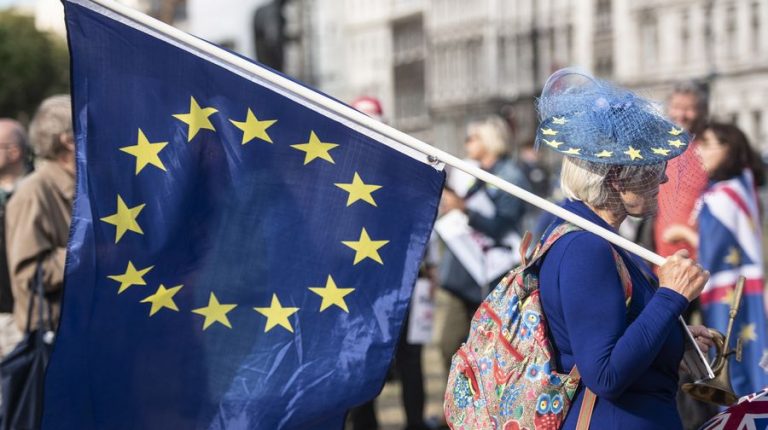 LONDON, Sept. 18 (Xinhua) — British Prime Minister Boris Johnson is entitled to suspend the Parliament, even if it is for political reasons, the lawyer representing the UK Government said Tuesday in the Supreme Court.

The highest legal chamber in Britain had ended the first day of a three-day hearing before 11 of the country’s most senior judges rule whether Johnson was entitled to prorogue, or suspend the House of Commons for five weeks.

Opposition politicians and campaigners for Britain to remain in the European Union contend that Johnson acted unlawfully when he won Royal Assent from Queen Elizabeth II to shut down the parliament.

The highest court in Scotland agreed, and concluded Johnson had acted unlawfully.

But barrister Lord Keen, representing the British government told the Supreme Court that the decision over the suspension was not one for the law courts.

He said the suspension of parliaments previously had clearly been employed when governments wanted to pursue a particular political objective, saying they were entitled to do so.

Even so, Keen gave a clear undertaking that the prime minister will respond by all necessary means to the decision of the Supreme Court when it issues its ruling.

Left unanswered was whether Johnson could suspend parliament a second time if the court’s decision goes against him. 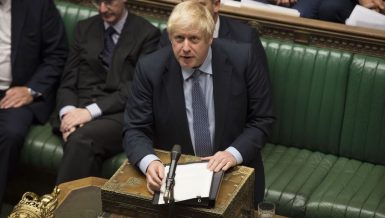 Keen told the judges he is not able to answer that question, adding: “That would be a decision for the prime minister.

Even though the judges made it clear the case they are hearing will not be a judgement on whether Britain should stay in the European or leave, protestors from either side of the Brexit argument vented their feelings outside the court house in London.

In her opening statement, Lady Hale, President of the Supreme Court, said she and the 10 judges hearing the case with her, would endeavour to address the serious and difficult questions of law.

As one of the leading appellants in the case, businesswoman and campaigner Gina Miller, was leaving the court, one protestor shouted “traitor” at her.

Earlier in day one of the hearing, Lord Pannick, representing Miller, told the judges parliament had been prorogued to silence MPs in the run-up to Brexit.

Pannick said Johnson suspended the British Parliament to avoid the risk of MPs frustrating or damaging his Brexit plans. There was strong evidence, he argued, that Johnson saw MPs in the House of Commons as an obstacle and wanted to silence them.

Pannick said the effect of the suspension was to take Parliament out of the game at a pivotal moment in British history. 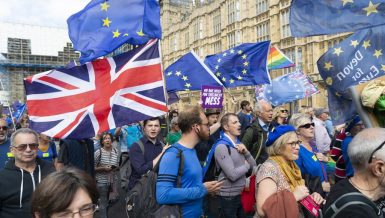 Day two of the hearing Wednesday will hear more legal arguments about Johnson’s decision to suspend for five weeks the British Parliament in a case that has major implications on the relationship between the judiciary and the executive government.

Political commentators said Tuesday that if the court rules against Johnson it will be the first time in modern history that a British prime minister has been judged to have misled parliament.

Away from the battle in the courtroom Johnson spoke on the phone Tuesday with German Chancellor Angela Merkel, Downing Street reported.

Johnson also held a meeting of his cabinet Tuesday to update his senior ministers on Brexit. The Daily Telegraph reporter Johnson told his ministers he was confident he would be able to strike a deal with Brussels.

Meanwhile, a YouGov poll Tuesday showed Johnson’s popularity has increased by five points since he moved into 10 Downing Street.

Business View recognises Lamia Kamel as 2020 Businesswoman of the Year