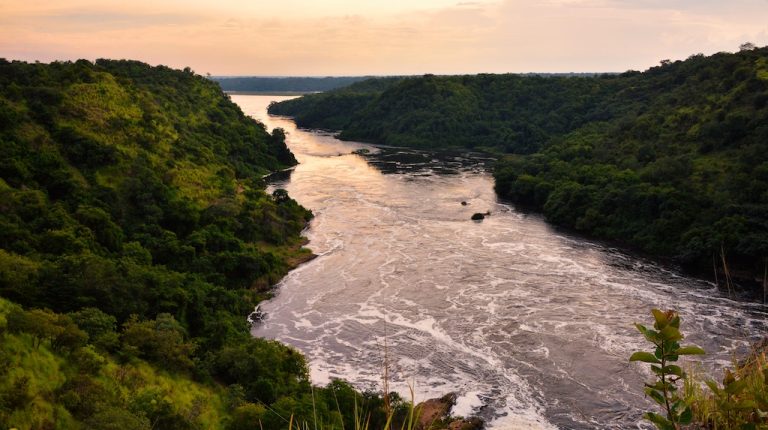 After decades of working to detect the impact of climate on the formation of rivers, a new study, led by scientists from the University of Bristol in England, discovered a clear climatic signature on rivers globally which challenge existing theories.

According to the new research published on Monday in the journal Nature, while river’s long profiles tend to be concave up in humid regions, they become progressively straighter in drier regions.

The big conclusion of the study is that the researchers have detected a signature of climate in rivers all over the globe. This signature is a distinct change in the shape of the river’s long profile as climatic regions change from humid to semi-arid, to arid to hyper-arid parts of the world.

“The river’s long profile is the path you make if you walk from a river’s source to its mouth, that descends in elevation. In some rivers, this path will descend steeply out of the uplands, and then flatten out in the lowlands,” Katerina Michaelides, from Bristol’s School of Geographical Sciences, who led the research team, told Daily News Egypt.

According to Michaelides this results in a long profile that has a concave shape, similar to the shape of the inside of a bowl as you trace it from the inside rim to the bottom. In contrast, a straight long profile descends evenly in elevation, like a ramp, along the path as you walk from the source to the mouth.

“We found that these changes in long profile shapes are related to the climate through the ways in which river flow is produced during rainfall,” she added. “Basically, if you think of the types of rivers you have in Egypt, North Africa, and the Middle East in general where the climate ranges from semi-arid to hyper-arid, these are typically dry for most of the year and only flow when it rains a lot (which may only be 3-4 times per year),” she explained.

The long profiles of these kinds of rivers tend to be straight (ramp-like). In contrast, rivers in humid regions like the United Kingdom, where there is water flowing in them all the time, tend to be concave (bowl-like). And there is a spectrum of changes in between. Over long timescales (tens of thousands to millions of years) the river flow and sediment movement it produces, determines the shape of the river’s long profile.

Methodology of the study

Specialist software developed by co-author Stuart Grieve at the Queen Mary University London was used to extract long profiles into a database which includes over 330,000 rivers across the globe. The researchers then classified each river into two different climate categories and analysed how the profile shape changes across climate zones (without controlling for any other factors), and found systematic changes in long profile shape as you move from humid to arid zones regardless of all other complicating factors present in the dataset.

Finally, after they detected clear and systematic differences in long profiles with the climate, the team used simple numerical modelling to demonstrate that the key mechanism controlling these differences is the way in which the climate is expressed in the river flow over long periods of time. They represented the range of river flows you find in different climate regions and found that regardless of all other factors involved, river flow always had the dominant effect on the final profile shape.

The research’s lead author Shiuan-An Chen, from the University of Bristol’s School of Geographical Sciences, said, “The long profile is formed gradually over tens of thousands to millions of years, so it tells a bigger story about the climate history of the region. We would expect climate to affect the river’s long profile because it controls how much water flows into rivers and the associated force of water to move sediments along the riverbed,” according to the University of Bristol’s press release.

Moreover, Michaelides told DNE, “Our results are exciting and important because scientists have been trying for decades to find a clear imprint of climate in the landscape. It has been challenging to achieve this because there are many other factors mixed in – things like tectonic activity, rock type, human activities – making it hard to untangle a clear signal. Up until now scientists have lacked a large, systematic dataset of rivers that spans the range of climate zones on the Earth, enabling full exploration of the links between climate and river form. Our study not only demonstrates a climate signature in the Earth’s rivers, it also provides to the scientific community, a new and freely available global database of river long profiles.”

While the actual study only took two years to complete, the theories and ideas behind it have been brewing for around 10 years, according to Michaelides. She explained, “I have been working on dryland rivers since my undergraduate years and throughout my PhD – so I had a very different view of what rivers look like compared to my co-author, Michael Singer, who worked in large, humid rivers.”

The team began comparing and researching humid and dryland rivers and anecdotally, kept observing the same differences based on a small number of places. Three years ago, the researchers decided to embark on a global analysis to see if these differences held up more broadly.

“Initially, Shiuan-An conducted a manual analysis of river profiles based on Google Earth, but soon after we collaborated with Dr Stuart Grieve who had developed a specialist software enabling us to extract global river long profiles from NASA’s SRTM data. This was the game changer that allowed us to undertake a new and global study on the links between climate and river form,” Michaelides said.

Michaelides believes that this study is just the start, saying that she and her team have many ideas of different avenues of further research to pursue, including looking at other river basin characteristics and their relationship to climate. “The climate signature likely affects many other river characteristics beyond the long profile. Researchers can use our database to investigate many other aspects of river basin form – such as the effects of tectonics or human activities,” Michaelides concluded.