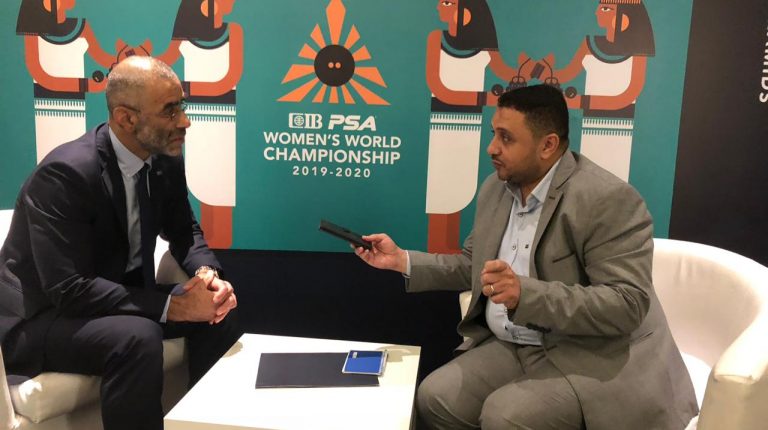 The Commercial International Bank – Egypt (CIB) places youth at the top of its priorities, the bank’s CEO and board member, Hussein Abaza, stressed.

He told Daily News Egypt that the bank is keen to provide the best products to young people, including youth accounts, in addition to sponsoring conferences that support them.

Abaza affirmed CIB’s keenness to keep abreast of the global developments in the field of financial technology (fintech), whether by introducing new services and products or improving the bank’s current services.

He also stressed the bank’s interest in helping the state achieve financial inclusion, pointing out that fintech is one of the most important ways that can help in achieving this goal.

With regard to the new services the bank plans to offer in the market in the coming period, Abaza said that CIB always has something new to offer, and there are several products already under study, but he refused to disclose them at the moment.

As part of its interest in youth, the CIB revealed the details of its sponsorship of two of the world squash tournaments in cooperation with IEvents on Sunday: 2019-2020 PSA Women’s World Championship and PSA Men’s Platinum.

The two tournaments are scheduled to be held at the foot of the pyramids from 24 October to 1 November 2019.

According to Abaza, the sponsorship of the squash tournaments comes within the framework of the bank’s social responsibility. He stressed that the CIB sponsors squash players in their various stages to maintain Egypt’s leadership in the game.

Furthermore, he explained that the bank’s sponsorship of this game goes over several stages, in cooperation with the Darwish Squash Academy. It involves sponsoring the Egyptian Squash Association to help as many as possible talents to play in international tournaments which would improve their performance.

According to Abaza, the most difficult stage in the lives of young squash players is the period before achieving a global ranking, especially for men, as players have to travel abroad and participate in small tournaments until they can reach a world ranking, which is costly for young players.

To overcome this problem, the bank decided to launch seven small championships in Egypt, with a total prize value of each tournament under $7,000, under the supervision of the Professional Squash Association, which qualifies players to participate in major tournaments without incurring the high costs of traveling abroad.

“The bank sponsors 10 of the best squash players in the world, including five men and five women: Ali Farag, Raneem El Welily, and Tarek Momen. We, at CIB, are proud to support them, as they are like ambassadors of Egypt abroad. They also proved their excellence in squash and other good aspects that the CIB appreciates and aims to spread,” Abaza said.

He concluded that holding the two tournaments at the Giza Pyramids area is also part of the bank’s efforts to promote tourism.