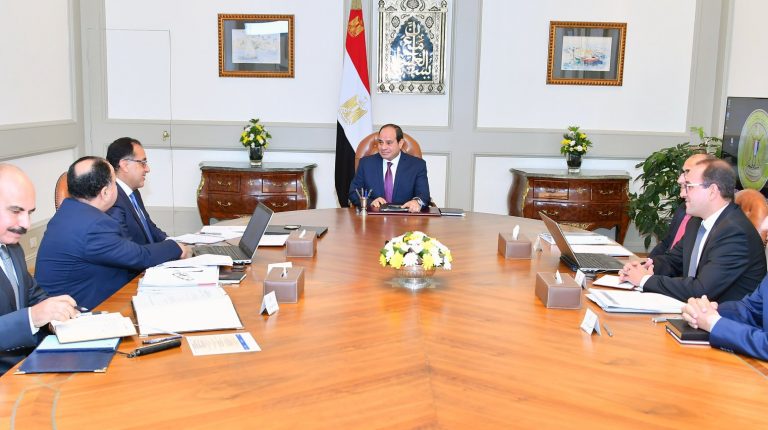 According to a statement from the presidency, spokesperson Bassam Radi said the meeting dealt with following-up on economic and financial performance indicators for the current year 2019-2020.

During the meeting, the president directed the government to continue to focus on human and social development, through continuing the reform and development of education and health systems, which the statement claimed are witnessing an unprecedented increase in their allocations.

He also directed the government to continue to exert efforts to reduce public debt and budget deficit, and provide a stable environment which enhances confidence in the performance and ability of the Egyptian economy to attract investments.

The president stressed the need to reflect on the improvement of economic performance on the quality of public services, and benefit all community segments of development returns, especially lower income people.

The Governor of the Central Bank explained during the meeting there has been an increase in foreign currency cash reserves, currently standing at about $ 45bn.

Amer also pointed out that financial indicators showed a significant improvement in the performance of the economy, which has achieved positive results since the beginning of the implementation of the comprehensive economic reform programme.

“The Gross domestic product rate has increased in the past fiscal year (FY) to reach 5.6%,” Amer said, adding that the Central Bank is planning to achieve 6% growth during the current year, which reflects -in his opinion- the direct positive results which touches citizens’ lives and living standards.