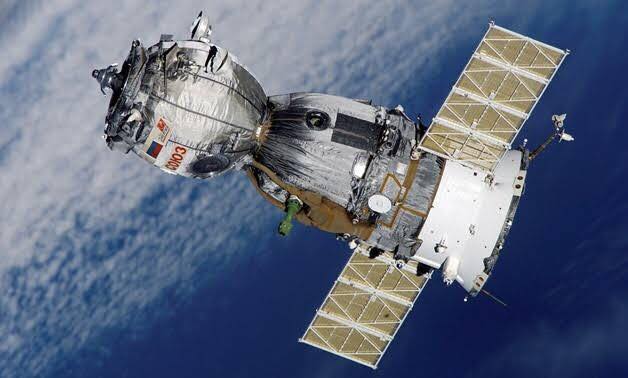 Egypt launched its second satellite, Narescope-2, type CubeSat, from Japan to the International Space Station. It is scheduled to position the satellite in orbit by next November. The satellite was tested and is 100% Egyptian manufactured, according to Chairperson of National Authority for Remote Sensing and Space Sciences, Mohamed Zahran.

Zahran said in interview with the state-run news agency MENA on Tuesday that the satellite was launched with the aim of enhancing the capabilities of the national space programme and that it possesses advanced technologies that allow Egypt to carry out space missions in order to contribute to achieving the goals of sustainable development, pointing out that the satellite is small, weighs one kilogram, and that its chronological age in space is one year.

He added that the Narescope-2 contains a relatively new imaging technology than the first satellite, Narescope-1, with high storage capabilities, noting that the space qualification and safety audits were conducted at the Kitakyushu University of Japan through an agreement to launch research satellites.

He explained that the launch of this satellite comes within the framework of the National Alliance of Knowledge and Technology in the field of space, funded by the Academy of Scientific Research and Technology. The programme includes the launch of three satellites of the CubeSat type, which were designed and implemented completely without the use of any foreign expertise, to develop the industry of local space technology, pointing out that the first CubeSat 1satellite was launched last July from the United States, and has picked up signals from the control station in Cairo.

As for the third satellite, Narescope-3, the chairperson noted that it is in the first phase of the Alliance project, saying that this satellite will be completed within six months and then be subject to space tests, space qualification, and safety review in preparation for the launch during the third quarter of 2020.

Zahran pointed out that the programme of the National Alliance for Knowledge and Technology in the field of space began in July 2017 with the participation of 10 local research and industrial bodies, and aims to implement and launch a set of Egyptian-made satellites, in cooperation with the various authorities.

“Egypt is taking unprecedented steps in the field of space technology and remote sensing techniques with strong support from President Abdel-Fattah Al-Sisi, believing in the importance of space science in achieving the sustainable development of the Egyptian state. Work is underway in the space city of New Cairo where “The satellite assembly and testing centre project’ is scheduled to be completed in May 2020” he explained during the interview.

He revealed the start of the implementation of the ‘Experimental Satellites’ project, in cooperation with Germany, to launch a series of four satellites in space, explaining that they are medium-sized satellites weighing between 50kg to 70 kg, with the aim of supporting the purposes of scientific research and development projects.

Regarding Egypt’s participation in the Arab Alliance Initiative to establish a satellite to serve development purposes in the Arab countries, Zahran said that the initiative was presented by the UAE at the Arab Summit held in Tunis last March to establish the Arab Group for Space Cooperation.

The establishment of Arab Group for Space Cooperation will be executed through working on Arab satellite project 81. This project will be supervised by Arab engineers from the Arab states that signed the above initiative.

Moreover, Zahran announced the start of the implementation of an educational project for school children to raise awareness of space science and remote sensing techniques in a simple way through education initiatives that will have researchers visit schools and explain space travel, the role of space in the developing world, the importance of satellites, and the how to manufacture them.

As for university students, he pointed out that student projects related to space technology before graduation are under the supervision of scholars, explaining that the educational satellite project for universities is the first of its kind that is produced by the efforts of Egyptian university students through their graduation projects, besides the technical and financial support of experts from the Egyptian space programme.