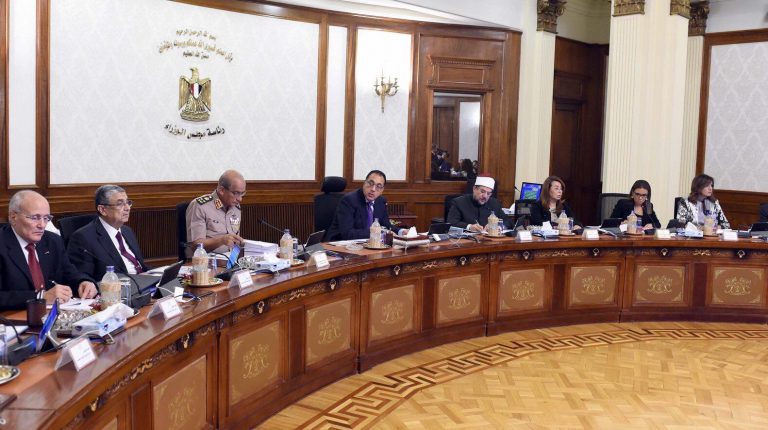 Egypt’s cabinet approved numerous decisions including the approval of a draft decision of the president of the republic on a grant agreement between the ministry of investment and international cooperation and the European Bank for Reconstruction and Development (EBRD) on the programme for the renewal of locomotives and assistance in the establishment of a railway freight transport company of the National Authority for Egypt Railways with cost of €940,000.

The grant aims to recruit consultants to help the National Railways of Egypt in transforming the current shipping business unit into a separate firm with administrative autonomy and has commercial relations with other units of the railway.

The cabinet also approved the presidential decree on a grant agreement between the ministry of investment and international cooperation and the EBRD on the Locomotive Renewal Programme worth 555,343. €

The grant aims to recruit consultants to help set up the project implementation unit for the purchase of up to 100 new tractors for the Egyptian National Railways. The unit’s task includes the preparation of technical specifications, all aspects of procurement, contract management, and disbursement.

Meanwhile, the cabinet approved the presidential resolution on the fourth amendment of the Grant Assistance Agreement between Egypt and the US on Egyptian-American Cooperation for Science and Technology.

It also aims to afford ideas, information, skills, and techniques of common interest between the two countries, in addition to supporting projects, researches, studies and surveys, workshops, conferences, and symposiums between the two sides, as well as working on restructuring the technology deployment and expansion systems, while providing an appropriate role for the private sector.

Moreover, the cabinet approved on Wednesday during a meeting headed by Prime Minister Mostafa Modbouly the president’s draft decision on the second amendment to the grant agreement between Egypt and the United States on improving the health outcomes of the target groups, signed in Cairo on August 4, 2019.

The amendment aims to afford a new sum of $10m and $50,000 as a contribution from the USAID to continue supporting the Egyptian government’s efforts in enhancing the quality of family planning and reproductive health services, as well as improving health behaviours.