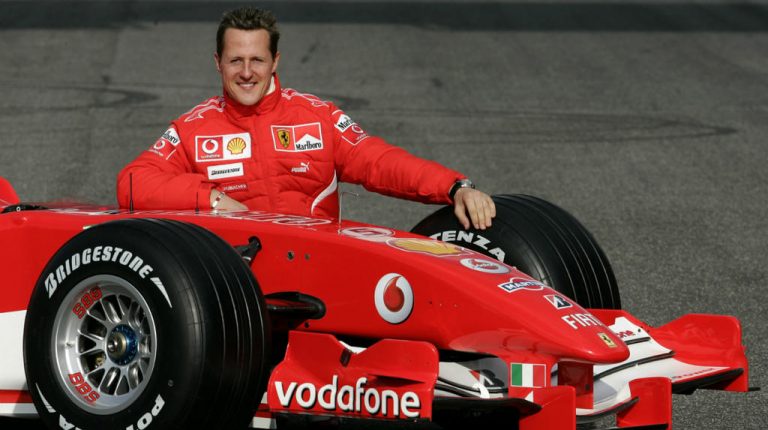 Formula 1 legend Michael Schumacher is reportedly conscious and has been discharged from the Georges-Pompidou European Hospital in Paris after experimental treatment, according to French media reports.

However, the exact details on his health are still unknown. According to media reports, the seven-time Formula 1 champion was admitted to the Paris hospital under a fake name.

He has been closely guarded since he has suffered catastrophic brain injuries in a skiing accident in 2013 which left him in a coma.

According to Le Parisien, surgeon professor Philippe Menasche welcomed Schumacher, 50, to the hospital last Monday. He reportedly underwent stem cell surgery, according to the local newspaper.

Menasche, 69, has been famous as the doctor who performed the world’s first embryonic cell transplant on a patient with heart failure conditions.

Secrecy has been the main theme when it comes to the F1 legend’s health condition ever since he suffered serious brain injuries from a skiing accident in 2013 in the French Alps.

Before the accident, Schumacher had a magnificent racing career, marked by unique achievements. He received seven world titles and achieved 91 wins.

After the accident, the German champion was in a coma for nearly six years. Upon leaving the hospital in June 2014, Schumacher was put under home care at his Lake Geneva residence in Switzerland.

According to media reports, Schumacher’s treatment expenses reached $143, 624 a week, including fees for a team of 15 nurses and physicians who were looking after him.

Hockenheim beckons, but is the writing on the wall for Formula One in Germany?