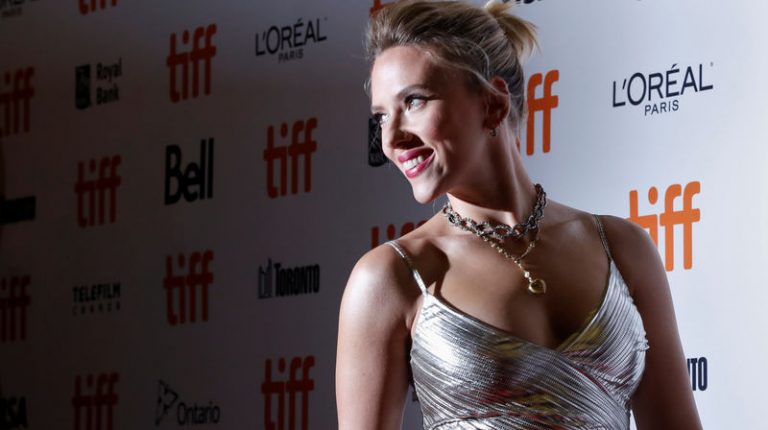 The Toronto International Film Festival (TIFF) announced its final award recipients in its 44th edition. The awards ceremony started with a speech by Cameron Bailey, TIFF co-head and artistic director, and Joana Vicente, TIFF co-head and executive director, as they saluted the festival’s audience, volunteers, guests, and filmmakers.

“TIFF 2019 was a stellar year,” said Bailey, adding that “the films and talent featured in this year’s festival have left us inspired, awestruck, and excited for the future of cinema.”

The People’s Choice Festival award has a history of predicting Academy Award success. Over the past 10 years, almost every Toronto audience award winner has gone on to be nominated for best-picture at the Oscars.

“Jojo Rabbit” is a coming-of-age comedy about a 10-year-old boy growing up in Germany during World War II who finds out his mother, played by Scarlett Johansson, is hiding a young Jewish girl.

Throughout the film, Jojo confides in his imaginary friend Adolf Hitler, who is played by Waititi.

The New Zealand filmmaker, who is known for directing “Thor: Ragnarok” and “Hunt for the Wilderpeople,” also took home the festival’s director award.

Meryl Streep won the festival’s inaugural actress prize for her role in the Panama Papers thriller “The Laundromat,” while Joaquin Phoenix took home the inaugural actor award for his leading role in “Joker.”

The short-film awards were selected by a jury comprised of Chelsea McMullan, Léo Soesanto, and Andrea Roa.

The IWC Short Cuts Award for Best Canadian Short Film went to Chloé Robichaud for Delphine. The jury remarked, “By presenting its main character’s unique point of view through another character’s perspective, Robichaud’s Delphine boldly utilises an original narrative device to offer a refreshing twist on the coming-of-age genre. This evocative, mysterious, yet sensitive short film brings up powerful feelings of nostalgia and memory, leaving an impact that lingers with the viewer long after its all-too-short run time comes to a close.”

The jury awarded an honourable mention to Theodore Ushev’s “The Physics of Sorrow” for its impressive filmmaking and detailed craftsmanship.

The IWC Short Cuts Award for Best Short Film went to Lasse Linder for “All Cats Are Grey in the Dark”. The jury noted, “Blurring the line between narrative and documentary, Linder’s “All Cats Are Grey in the Dark” simultaneously observes its main character — and its topic — with both empathy and absurdity. This unexpectedly touching, exceptionally composed, and tender tale of a man’s love for his cats (along with the best employed use of Alexa) surprised the jury with its observational filmmaking and memorable feline performances.”

The jury also gave an honourable mention to Federico Luis Tachella’s “The Nap” for its brave exploration of age and sexuality.

The Canadian awards were selected by a jury comprised of Magali Simard, Devyani Saltzman, and Alicia Elliott.

The City of Toronto Award for Best Canadian First Feature Film went to Matthew Rankin’s “The Twentieth Century”. The jury remarked, “Rankin’s debut feature is superb in its imaginative wildness, taking an otherwise staid historical Canadian figure and propelling him into the heart of one of the most creative, visual, and compelling experiences of the festival.”

The Canada Goose Award for Best Canadian Feature Film went to Sophie Deraspe’s “Antigone.” The jury said that “Antigone stands out on its own as an electrifying piece of cinema. Tackling with vigour contemporary realities of immigration in Canada through the framework of Greek tragedy, Deraspe created magnificent onscreen humanism. It is imperative to point out Nahéma Ricci’s performance, reminiscent of Renée Falconetti’s ‘Jeanne d’Arc.’”

The jury gave honourable mention to Elle-Máijá “Tailfeathers” and Kathleen Hepburn’s “The Body Remembers When the World Broke Open.”

As for the Network for the Promotion of Asian Pacific Cinema (NETPAC) Award, it went to Oualid Mouaness’ “1982.” Jury members include Chairperson Beckie Stocchetti, Kanako Hayashi, and Albert Shin. The jury remarked that this film was selected “for its adventurous, imaginative style and subtle, confident filmmaking, bravely juxtaposing and framing the universal innocence and charm of youth within harrowing historical context.”

The FIPRESCI Prize for the Discovery programme was awarded to Heather Young for “Murmur,” which the jury selected “for its impressive, minimalist, and precise storytelling — both in its structure and its use of static camerawork and framing — and for its empathetic and powerful simplicity in deconstructing the effects of an addictive personality.”

The FIPRESCI Prize for the Special Presentations programme is awarded to Coky Giedroyc for “How to Build a Girl.”

“Led by a performance by Beanie Feldstein, our winning film is a witty and heartfelt story of an irrepressible teenage girl who breaks into the snooty boys’ club of English rock criticism, loses her soul, and then gains it back again. Congratulations to How to Build a Girl,” said the jury.