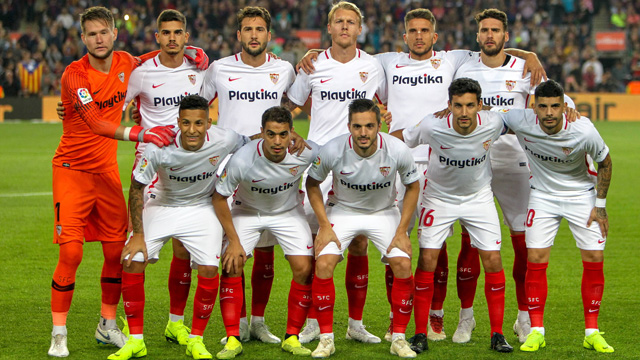 The first round of the UEFA Europa League’s group stage will kick off on Thursday with 24 strong matches.

Spain’s Sevilla will meet Qarabağ from Azerbaijan at the Tofiq Bahramov Republican Stadium in Group A.

In Group E, Rennes from France will play against the Scottish Celtic at Roazhon Park, while Lazio will face CFR Cluj at the Dr. Constantin Rădulescu Stadium.

At the Commerzbank-Arena, Arsenal is traveling to meet Eintracht Frankfurt in Group F. Another strong clash will be between PSV Eindhoven and Sporting CP at the Phillips Stadium in Group D.

In Group L, the English giant Manchester United will host FC Astana from Kazakhstan at Old Trafford in a tough showdown with the Red Devils looking to continue their strong performance in the tournament.

Simultaneously, ŠK Slovan Bratislava will face Beşiktaş in Group K, where the Egyptian midfielder Mohamed Elneny will make his European debut with the Turkish club. Elneny was given a red card in his first match with Beşiktaş in the Turkish league after moving from Arsenal in the last transfer window.

In Group G, BSC Young Boys of Switzerland will face Porto at the Estádio do Dragão, while Rangers will host Feyenoord at the Ibrox Stadium.

Liverpool has fallen into a trap in their Champions League’s opening against Napoli, after losing 2-0 on Tuesday in Group E of the tournament.

Napoli’s goals were scored by Dries Mertens from a penalty at minute 82 and Fernando Llorente at minute 90 in the game. The Reds became the first Champions League holders to lose in its opening game in the following season, since AC Milan lost to Ajax back in 1994.

Liverpool has not managed to win any game as a visiting team in the Champions League since defeating Slovenian NK Maribor (7-0) on 17 October 2017.

Chelsea slam 'brainpower' of their own fans after anti-Semitic chants