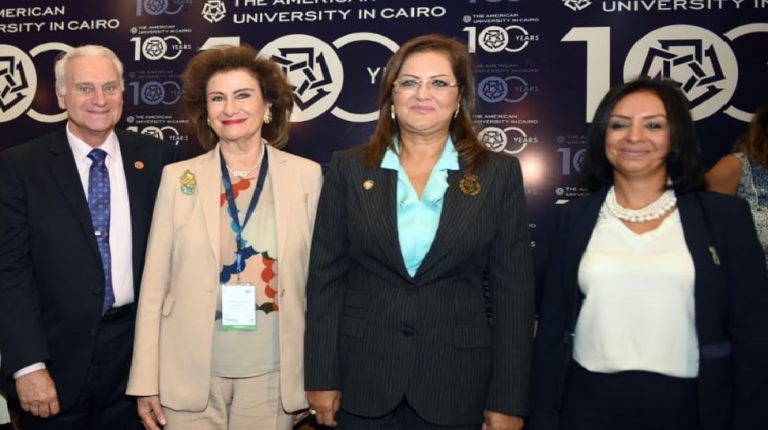 The Arab International Women’s Forum (AIWF) and the American University in Cairo (AUC), jointly held a major conference on Tuesday as part of the AUC’s centennial celebration dubbed ‘Women as Engines of Economic Growth.’

The conference focused on empowering women innovators, entrepreneurs, executives, and educators toward the fulfilment of the United Nation’s Sustainable Development Goals (UNSDGs) in the Middle East and North African (MENA) region.

The conference brought into focus the vital contributions of women leaders in economic growth across the MENA states, and the importance of supporting their development in key positions in public institutions and companies, which is a key national priority in Egypt.

It concluded with key reflections on the future of work challenges and opportunities in the MENA region and globally.

The AIWF is a non-profit development organisation focused on women’s development and youth empowerment headquartered in London and founded in 2001 by Haifa Fahoum Al Kaylani. 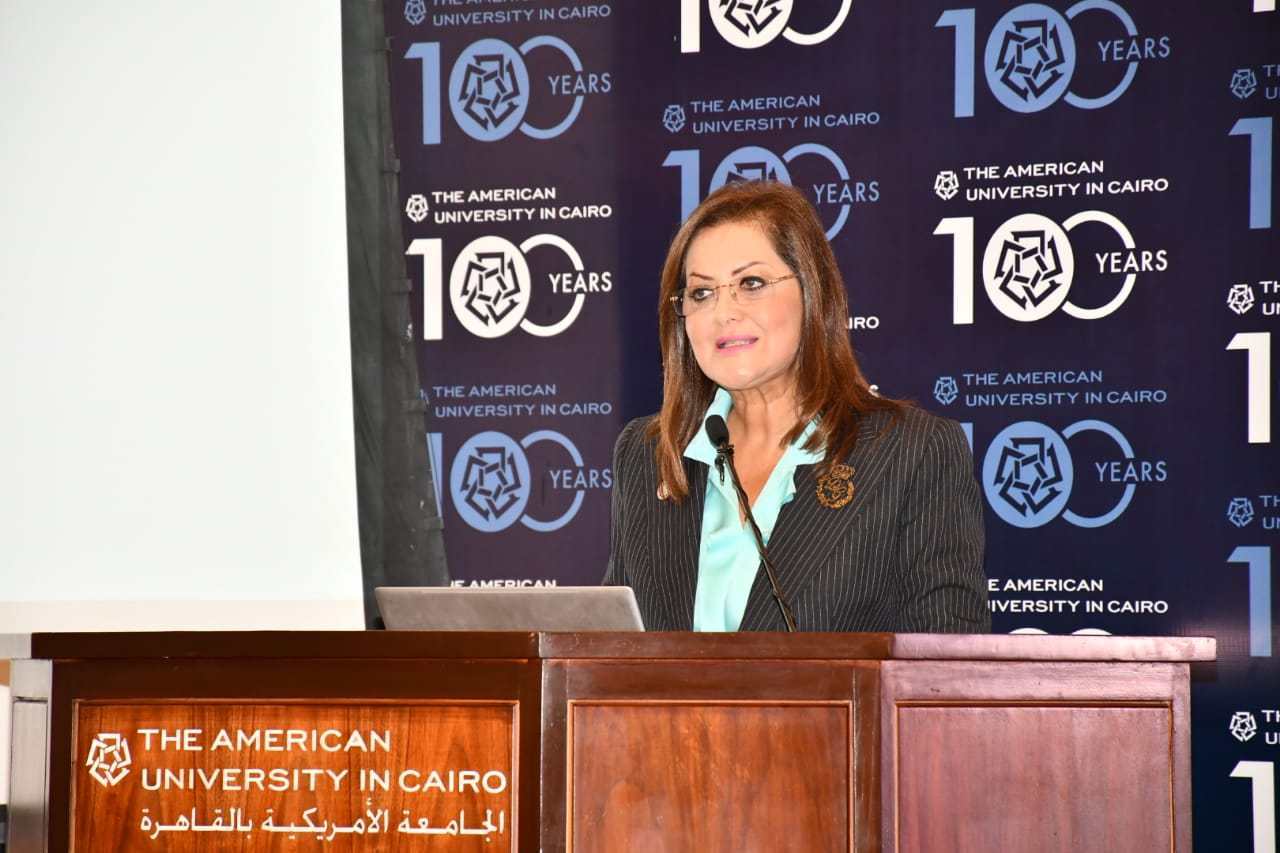 The Founder and Chairperson of the AIWF, Haifa Fahoum Al Kaylani, began her speech by asserting that sustainable and inclusive economic growth is a clear priority for the MENA states, noting that it will only be achieved with the full engagement of young people and the rightful participation and valuable contributions of women who make up half of the Arab population.

Agreeing with Al Kaylani, the Minister of Planning and Administrative Reform, Hala Al-Saeed, asserted that gender equality is at the heart of sustainable development in any country, noting that it is an issue at the core of the UN’s SDGs.

Al Kaylani stated that it is always important to acknowledge what has been achieved in order to build on it for the future, noting that throughout the MENA region, women are increasingly taking on high-level leadership positions in business, public service, the judiciary, and legislature. She noted that women are rapidly advancing in professions previously dominated by men, including finance, aviation, business, technology, academia, research, and STEM careers, challenging gender bias in nearly every sector and sphere.

She added that Arab women are commanding a greater presence in corporate boards, in senior executive leadership positions, and in top jobs at multinational and family-owned businesses.

Al Kaylani pointed out that in most Arab countries, women are also successfully assuming positions of leadership in public service and international relations, and are increasingly being elected and appointed to political, diplomatic, and development roles, giving women a greater voice in legislative reform throughout the region.

Al Kaylani showed that in Tunisia and Algeria, Electoral Law in both countries now includes a quota that women should comprise half of the candidates on political party lists. 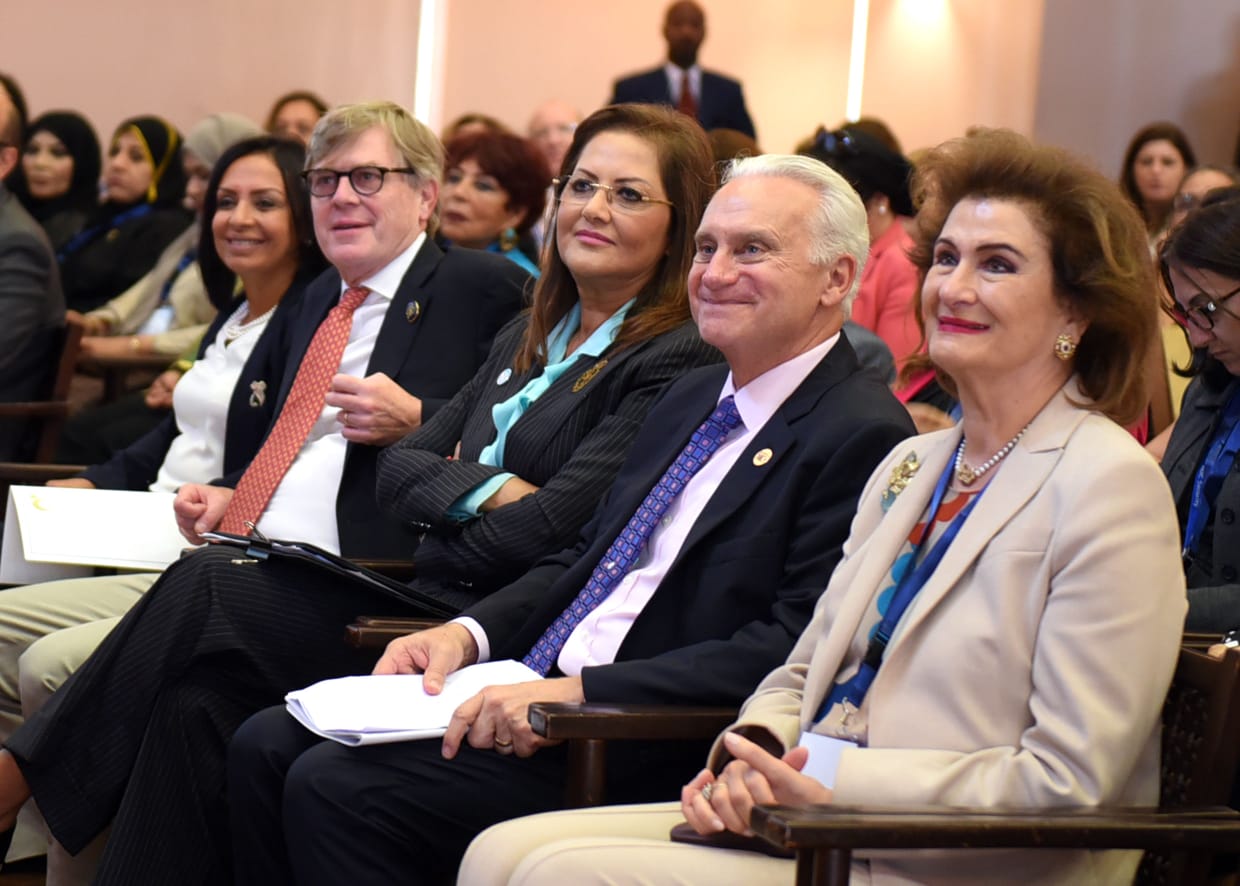 “Last year, Jordanian women also celebrated a record number of female ministers, with seven women appointed to cabinet seats out of 29 cabinet seats in the new government,” according to Al Kaylani.

“Morocco also has some of the most gender progressive laws in the region and one of the largest percentages of women in parliament – around 20.5% in 2018, surpassing the quota that mandates 15% of parliamentary seats for women,” she added.

She mentioned that this is in addition to senior cabinet positions, noting that more Arab women than ever before are serving as governors, ambassadors, and leading diplomatic figures, and are also levelling the playing field in law and politics, breaking new ground at the highest levels of the judiciary.

Adding to what Al Kaylani said, Al-Saeed mentioned that over the past decade, the MENA region has taken great steps in health, education, and in all issues related to gender equality.

She asserted that these are just a few cases of the strong actions taken by governments in the MENA region on the political front, which are significantly reflected in the rising percentage of women’s participation in all fields.

Talking about women`s achievements in Egypt, President of the National Council for Women(NCW), Maya Morsi, stated that the NCW prepared in 2017 the national strategy for Egyptian women’s empowerment 2030, which emanates from the vision of Egypt 2030, in cooperation with a large number of bodies, ministries, national councils, and civil society organisations.

Morsi pointed out that for the first time, women represent 25% of Egypt’s Cabinet.

In June 2018, for the first time in Egyptian history and under the inspired leadership of the President of the republic, the Egyptian Cabinet announced the appointments of eight female ministers.

She stated that the presence of women in various decision-making positions contributes to changing the mindset of people, changing the negative social perception of the limited roles that women can play in society and their contribution in all fields.

In that context, Al-Saeed said that the representation of women in Egypt’s Cabinet is higher than America and Portugal.

For her part, Al Kaylani described this achievement as a landmark for Egyptian women leaders in political and public life.

Al-Saeed also mentioned the increase in the number of female representatives in Egypt’s Parliament, which currently sits at 15%, up from only 2% in 2012.

“Women’s economic empowerment is at the heart of Egypt’s vision, which aims to provide equal participation with men in all fields,” she asserted. Al-Saeed declared that Egypt aims to increase women’s engagement in the workforce from below 25% to 35%, while dropping the unemployment rate among females.

“To date, significant progress has been made in the implementation of Egypt’s 2030 Sustainable Development Strategy, which has set gender targets to reduce female unemployment and increase female formal labour participation, ” Al Kaylani asserted.

Addressing challenges to women’s economic empowerment in the MENA region

Arab and international business communities are taking note of women’s remarkable progress, their energy, and their aptitude for meaningfully contributing to the economic prosperity of the region. Leveraging these valuable achievements is key to addressing the empowerment challenges that remain for many women throughout the region.

For her part, Al-Saeed stated that despite of all the progress witnessed in the Arab world, women still face barriers keeping them from achieving their potential.

She mentioned that as a result of these challenges, many Arab governments have prioritised their national economic development agenda parameters, including sustainable economic diversification and development in order to meet core SDGs on poverty, water and food security, and humanitarian obligations toward refugees and the internally displaced, in addition to addressing youth unemployment in the region, all while improving the low rates of women’s participation in the economy and in parliament.

“We need to bring to light challenges and opportunities for women’s leadership and gender diversity on corporate boards and in family businesses. We also need to address women’s inclusion and participation in the MENA economy, with emphasis on women’s entrepreneurship and SMEs development, as well as women in the rural or agricultural sectors and women in the informal economy,” she said.

“There is great importance to assert women’s critical role in public service and policymaking to advance legislative reform and societal progress, in order to effectively address the issue of women’s under-participation in this sphere,” she continued.

Meanwhile, Al-Saeed stated that there is an urgent need in the Arab world in general, and in Egypt specifically, to focus on improving the quality of education, which has proven to impact women’s self- esteem and desire to achieve decision-making positions.

She explained that there is a positive correlation between the mothers who received a higher-level education and the daughter’s chances to access education. In addition, women are found to have benefited more than men from higher education to apply in the labour market.

According to Al-Saeed, “Supporting women’s organisations is a necessity that can transform women’s access to paid work and, in turn, empower women and allow them to be more active citizens. This includes entrepreneurship policies that bring better access to finance, and a variety of other non-financial services.”

She also mentioned the necessity of encouraging more women to use information and communication technology, describing it as a promising field for improving women’s engagement in the labour market and as a tool to empower agency in the fourth industry revolution.

Meanwhile, Morsi referred to the importance of legislative reform to ensure the rights of women and girls in various fields, and to provide equal opportunities for them.

She asserted that many laws have been issued for preserving women’s rights and participation in the economic, social, and political life, such as Investment Laws and laws against sexual harassment, in addition to the Inheritance Law.

Morsi also pointed out that Labour Laws that give women in the government sector more rights, in addition to adopting the policies by the ministry of social solidarity, may increase the participation of women in the labour market.

She also suggested cooperation between the NCW and the Central Bank of Egypt (CBE) to raise awareness among women on financial inclusion.

Morsi also confirmed that the NCW seeks to increase women’s participation in the field of entrepreneurship and to eliminate economic illiteracy among women.

Finally, the president called on the private sector to adopt more policies that would grant increased rights to women in order to strenthen their participation in the sector, noting that strong women are determined to play a role in society and bring about change.

She called on women and girls to believe in their power, and to create the engine of their future that will break glass barriers and obstacles standing in their way.