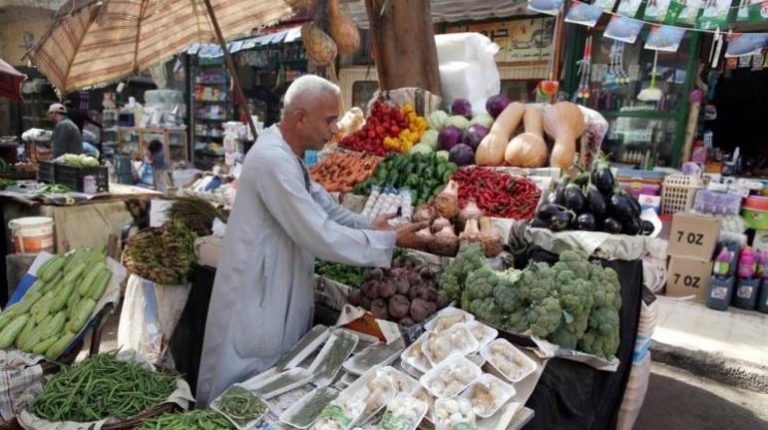 Despite fears over facing extra price hikes after the cut to subsidies on fuel at the beginning of the current fiscal year, inflation rates fell short of everyone’s expectations in August.

The market was able to handle the increases and the new energy prices did not affect general inflation in Egypt.

The Central Agency for Public Mobilization and Statistics (CAPMAS) announced last week that Egypt’s annual consumer price inflation declined to 6.7% in August 2019, making it the lowest in over six years.

Egypt is approaching the end of its IMF-backed economic reform programme, which, during 2017, saw inflation rates rise to a high of 33%. The inflation number reported was lower than some analysts expected.

Core inflation, which strips out volatile items such as food, also declined, to 4.9% in August from 5.9% in July, the central bank said on Tuesday.

Inflation is a mirror for the market’s prices. It is calculated according to changes in the prices of vegetables and fruits. The reduction of inflation is one of the central bank’s objectives to improve the economy.

Also according to the CAPMAS, the term “inflation” refers to the percentage change in the prices of consumer goods. This rate is measured by 1,000 commodities and services per month from 15,000 sources nationwide. The prices of food, industrial goods, and services are collected monthly from urban and rural areas between the 1-28 of each month and the number of their sources: “10,085” for urban, and “4,337” for the countryside.

In recent years, the Egyptian government has taken steps toward economic reform. The most important of these steps is eliminating subsidies on some consumer goods, with fuel being the most prominent of these goods.

The ministry of petroleum and mineral resources announced in July the decision to increase the price of petroleum products and completely cut its fuel subsides.

Several economic experts explained the reasons for the decline of inflation and how citizens are affected by it and whether the decline is a positive or negative step toward improving Egypt’s economy.

The Director of the Capital Center for Economic Research and Studies (CCESR), Khaled El-Shafie, said that the recent decline in inflation was a result of the decline in prices of vegetables and fruits and a number of other commodities, explaining that this rate is a large percentage for one month.

In other words, Egyptian traders have yet to change the prices of their goods and services for consumers after the recent cuts in subsidies. This is what has mainly contributed to the decline in inflation rates to its lowest levels.

“There was an expectation that the decline in inflation would not last long under cuts of subsides but the market has been able to handle the increases in energy prices and it has not been affected the general inflation in Egypt, which gave an incentive to the Central Bank of Egypt (CBE) to reduce the interest rate by 1.5%,” he added.

El-Shafie predicts that the coming period will witness a further decline in inflation, seeing that the IMF’s harsh reforms are almost completed.

He suggested that this was due to the cautious performance of the CBE when dealing with the waves of inflation experienced after floating the EGP in November 2016.

Moreover, economic expert Hossam Al-Ghaish, said that inflation means the change in the prices of basic goods that are most consumed by citizens, such as vegetables, fruit, meat, and medicines and therefore any change occurring in these groups determines how high or low inflation is.

Al-Ghaish also said that the decline in inflation does not mean prices in the markets have fallen, but that the pace of price increase has decreased, or has become stable. He cited that, “if a commodity is rising annually by one pound, and in one year it has risen by half a pound, here we mention that the rate of inflation declined.”

Inflation from the end of 2016 to the beginning of 2019 has been very high, but during the current period of the year there is near-stability in prices, and if there are rises, they are very slight, which indicates improvement in inflation rates, he said.

The expert suggested that the current decline in inflation is due to the fact that economic indicators are witnessing stability at the macroeconomic level. The decline witnessed by the dollar in the Egyptian market since the beginning of the year, which amounts to about 8%, is leading to the stability of commodity prices.

“Commodity prices became slightly lower, but the most notable decline was in the price of red meat and poultry,” he noted.

Al-Ghaish concluded that in order for citizens to feel a real decline in prices of goods on the ground, there must be two conditions achieved; the first is an increase in the production of goods and an increase in the supply markets, and the second factor is the continuous decline in foreign exchange rates and the rise of the value of the EGP.

Economist Sherif El-Demerdash said that citizens cannot feel a decline in inflation for two important reasons. The first reason is that many people do not understand the meaning of inflation itself. Meanwhile, secondly, the inflation rate measures in the rise of prices for various commodities does not concern the majority of the population.

Al-Ghaish explained that “The inflation rate is at 6.7%. This is the average and not the decline for all commodities. It is possible that the goods that affect the basic needs of citizens increase more than the average rate, especially food and drink items. ”

Therefore, what reduces the rate of inflation might be products that are not of major importance for everyday citizens, such as cars, durable goods, etc. Thus, the average citizen does not feel the low inflation rate.

And just because inflation rates of goods are decreasing does not hide the fact that prices are still high. Al-Ghaish agrees with other experts that the rate of increase is falling by 6.7%, and he also agrees that the prices of these goods have not fallen at all. Meaning that goods and commodities still end up expensive for the average consumer.

On the other hand, economist Wael El-Nahas says that government studies depend on certain commodities in calculating the inflation rate.

The decline in meat and poultry prices in the previous period is the biggest reason for the decline in inflation this month. Meanwhile, commodities such as fruits and vegetables are experiencing a steady gain in market prices, he explained.

El-Nahas concluded that the average Egyptian does not feel this improvement in prices or stability for other commodities due to other expense aspects. There are other things that he must budget for, like school, high prices of electricity, gasoline, and other goods and services, are not one of the goods that are included when calculating inflation rates.