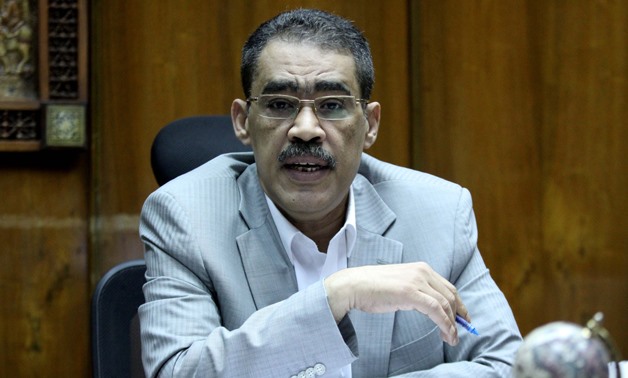 Head of the Journalists’ Syndicate, Diaa Rashwan, said that he will be meeting with a group of journalists working at the privately-owned Al-Tahrir newspaper and the administration at the syndicate’s headquarters on Sunday to address their issues.

A group of journalists had staged a sit in for  the past week against an arbitrary decision by Chairperson of the board of directors, Akmal Kortam, to reduce their salaries to EGP 900.

Rashwan said that the meeting will negotiate possible solutions and meet the demands of journalists. He has been conducting continuous consultations for weeks to reach a final and just solution.

He also said that members of the syndicate’s board, members and head of the settlement committee, and members of the newspaper’s administration will attend the meeting.

Last week, members of the National Council for Human Rights, George Ishak and Gamal Abdel-Rahim met with the protesting journalists to discuss their issues, where they demanded the firing of two members of the administration and confirmed they do not want to get into a clash with the newspaper owner despite the fact that there are parties that seek to entangle the situation between the two sides through illegal practices.

Several members of syndicate and fellow journalists have expressed solidarity with the protesters.

Salaries of journalists are known by law, except for some private newspapers, and they could be high in some cases based on the importance of the position and experience. Newspapers in Egypt are already facing unstable economic conditions, due to decreased sales and being increasingly dependent on advertisements.