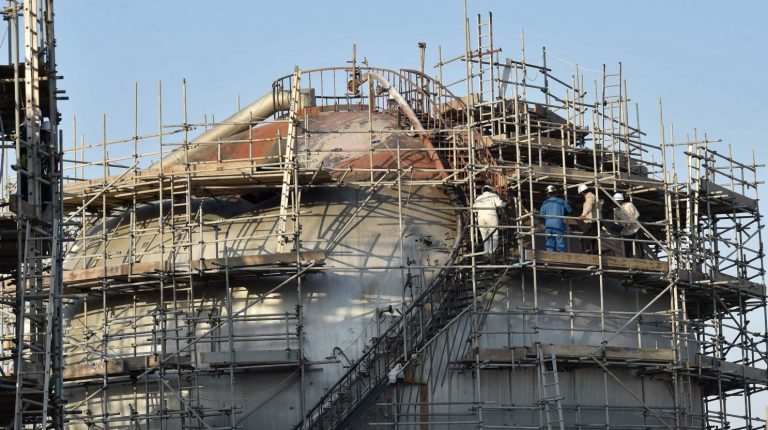 Al-Jubeir told reporters in a press conference on Saturday that the probe would show if the attack on two of Saudi Arabia’s largest oil processing plants occurred on 14 September had come from north.

He added that Saudi Arabia is consulting with its allies to “take the necessary steps”, urging the international community to take a stand against Iran.

An industry source told Daily News Egypt that they have completed the repair of a number of units in the Shaybah field in eastern Saudi Arabia.

He added that Aramco has commissioned Enppi to inspect the recently targeted labs at Abqaiq and Khurais, to provide a technical report on the size of the repairs needed, what can be restarted by exploiting spare parts available in Aramco’s warehouses, the machines that need to be changed, and their implementation recommendations.

To help Aramco restore production to pre-attack levels, Enppi sent its engineers to prepare the technical report as soon as possible and deliver it to Aramco to carry out urgent repairs.

The source said that Enppi responded immediately after the first attack on Aramco sites, with urgent assignments from Egypt’s Minister of Petroleum, Tarek El-Molla, to provide technical and consultancy assistance.

“Engineers and technicians were dispatched the day after the attack, with all the technological means to carry out their work in the damaged areas,” the source revealed.

Aramco was able to resume Khurais’s production within 24 hours of the attack. Production in Abqaiq plants resumed shortly after, while the full output is expected to recover by the end of this month.

The situation raised the risk of an unpredictable escalation in the troubled region, where Saudi Arabia and Iran are locked in a decades-old struggle for dominance.

The 14 September attacks on the Abqaiq and Khurais facilities, one of the kingdom’s largest oil processing plants, caused fires and serious damages, halving production by halting 5.7m barrels per day of its exports.

“In response to the kingdom’s request, the president has approved the deployment of US forces, which will be defensive in nature and primarily focused on air and missile defence,” US Defense Secretary Mark Esper said at a news briefing.