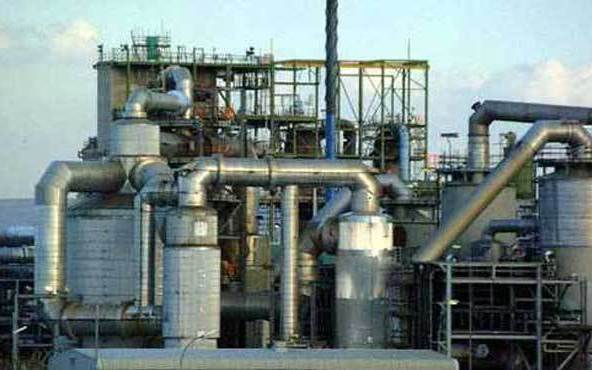 An official source in the Egyptian Financial and Industrial Company (EFIC) told Daily News Egypt exclusively that the company plans to dedicate one of its production lines with a capacity of 1,000 tonnes per day (t/d) for exporting in early 2020.

He added that the company reiterated its plans of establishing a EGP 200m worth potassium sulphate production line with a capacity of 30,000 tonnes per annum. Furthermore, the company has a plan to add multi-nutrient fertilisers to its product portfolio.

Naeem Research raised its target price on the EFIC to EGP 13.4/share, from EGP 11.0/share, and upgraded its recommendation to Buy, from Hold. The revised valuation, mainly incorporates higher product prices, improving plant utilisation rates, and a drop in the cost of sulphur.

Profitability in the first half (H1) of 2019 surprisingly improved both sequentially and annually, mainly backed by higher exports and a drop in the cost of raw sulphur.

The new management’s focus on supply chain and product quality seems to be paying-off – with exports expected to remain high, with granulated single super phosphate (GSSP) utilisation rates are assumed higher at 54%, and margins are to remain buoyant as the cost of sulphur drops.

Recent developments show clear signs of a better managed supply chain. A usually weak H1 of 2019, was surprisingly boosted by a surge in exports of GSSP. The same comes on the backdrop of a newly appointed management, which is focusing its efforts on the supply chain–contracting with a new distributor Nitron (a global trader specialising in chemicals and agri-fertilisers). The EFIC previously only dealt with Ameropa AG, and improved product quality, mainly with regards to the granulation process of GSSP.

The developments resulted in a 140% increase in export volumes in H1 of 2019 with the company having exported a total of 208,000 tonnes. Accordingly, Naeem has raised the assumption with regards to the GSSP plant utilisation rate to 54% (from 41%) during the forecast period. However, Naeem does not expect further improvements in terms of plant utilisation rates beyond the current levels, due to concerns over the sustainability of demand for single nutrient fertilisers; the EFIC’s dependence on global traders (Nitron and Ameropa), and geographic concentration risk, as the EFIC only exports to Latin America, mainly Brazil.

The EFIC’s main risks hinge around future demand for single nutrient fertilisers in light of an increasingly competitive domestic market in Egypt.

Naeem added that the company’s ability to increase its export proportion would provide a sizable earnings uplift to the stock.

The EFIC’s likelihood of implementing a new export-oriented potassium sulphate project, should allow the company to capture new revenue streams and increase its export share.

Any increase in local and global fertiliser prices and demand (especially for single nutrient fertilisers), is a definite benefit for the company which could result in much higher earnings.

Egypt’s emphasis to increase its agricultural acreage, starting with the 1.5m feddan desert reclamation project and 100,000 greenhouse projects, could lead to stronger demand for the EFIC’s output.

The company has been able to stimulate exports through: contracting with new distributors, instead of previously dealing with only one party, and improving the quality of the product, mainly the granulation process for GSSP.