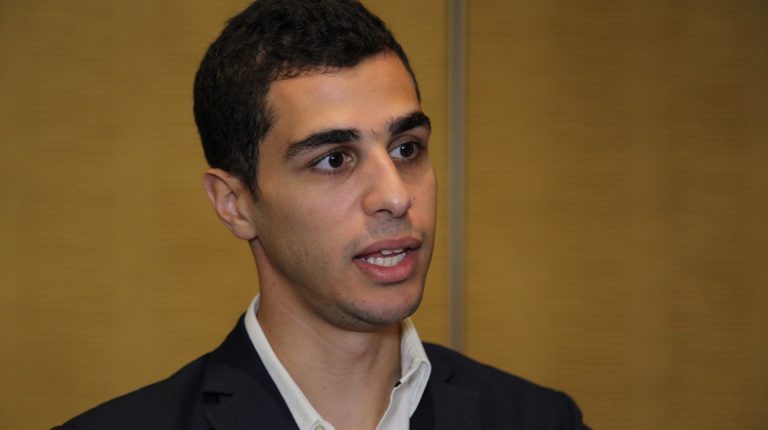 The Commercial International Bank (CIB) and IEvents have announced in a press conference the details of two of the most important squash tournaments in the world under the sponsorship of O West. They are namely the PSA Women’s World Championship and the PSA Men’s Platinum Championship. The tournaments are scheduled to be held from 24 October 24 to 1 November at the foot of the Giza Pyramids, under the sponsorship of the Ministry of Youth and Sports as well as the Egyptian Tourism Authority. 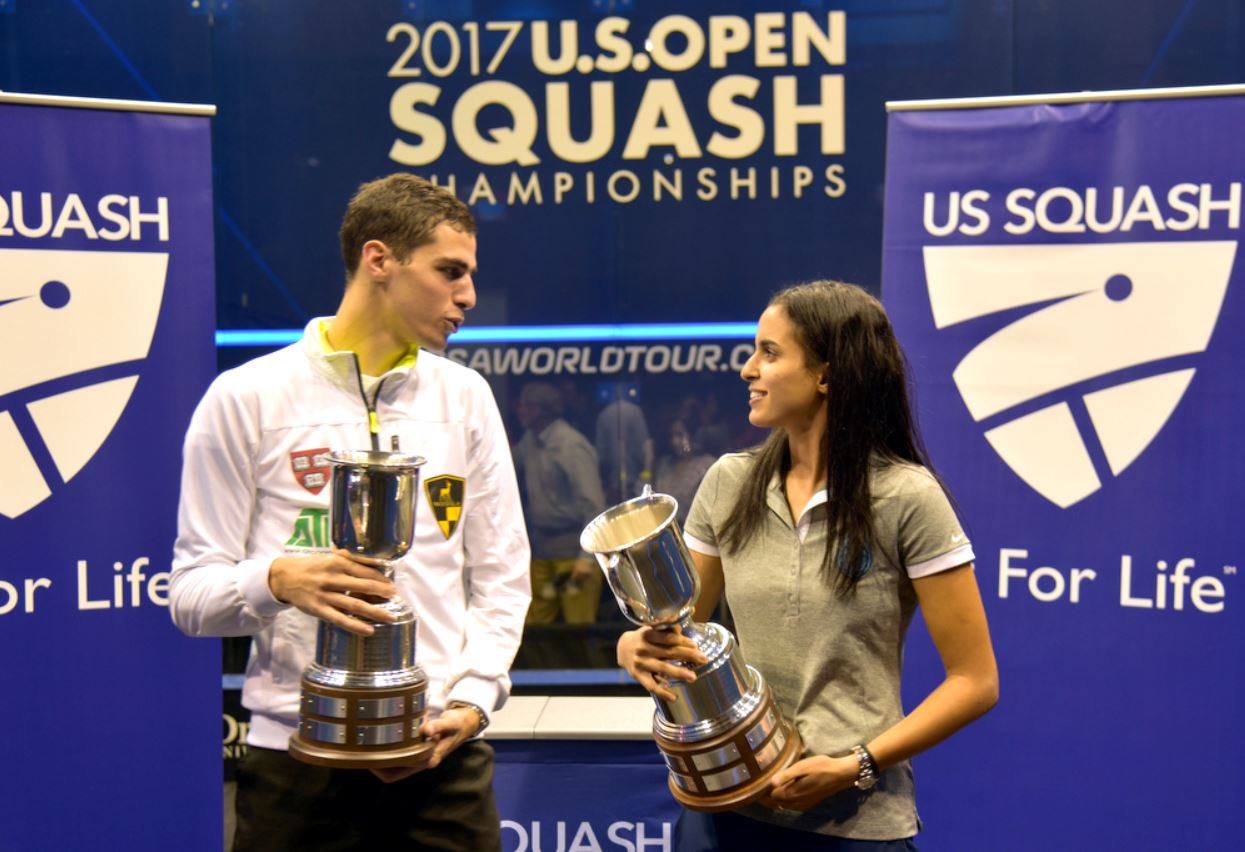 “The CIB is not just a bank but an integral part of the society. We support squash out of our confidence in the Egyptian champions and we hope to see it becomes an Olympic game,” said Hisham Ezz Al-Arab, chairperson and managing director of the CIB.

Moreover, Hussein Abaza, CEO and board member of the CIB, said, “Egypt is going through its golden age of squash, where Egyptian champions are occupying top world ranks, for both men and women, and even youth.”

“The CIB has chosen squash as part of the bank’s corporate social responsibility programme, and we hope to see Egypt’s dominance of the game continues for 20 years. Therefore, the bank has set a future plan to create a new generation of young champions, starting by signing cooperation deal with the Darwish Squash Academy. We also launched small tournaments, so that the young players can improve their international rankings,” Abaza added.

“We are honoured to support and sponsor Egypt’s champions whom we consider as ambassadors of Egypt. They have proven that they are not only great at squash but also professional, dedicated, and humble people,” he continued.

Additionally, Chairperson of IEvents, Amr Mansi, expressed his delight of the return of the PSA Women’s World Championship to Egypt, saying “it was a dream we sought to achieve. Squash became popular in Egypt through this championship which introduced a whole new generation of world champions and encouraged others to work harder to become champions themselves.”

“We would like to thank the CIB for its continuous support to squash in Egypt, which has played a significant role in supporting a large number of players. It continues to do that through hosting one of the most highly anticipated squash events in the world,” Mansy added.

The draw of the first round of the PSA Women’s World Championship was attended by football stars Hazem Emam and Mido, actor Ahmed Hatem, and former squash player Karim Darwish. Also, Ali Farag, the current world champion and world number one in squash, has attended the draw event. Daily News Egypt sat down with Farag to learn more about his journey with squash.

How did you become the top squash player in the world?

If anyone wants to succeed and achieve his dreams, he should work hard and put a plan for himself. He also needs to get support from his family, and find those who sponsor him, such as the CIB and Wadi Degla in my case. These were the things that helped me be who I am today. 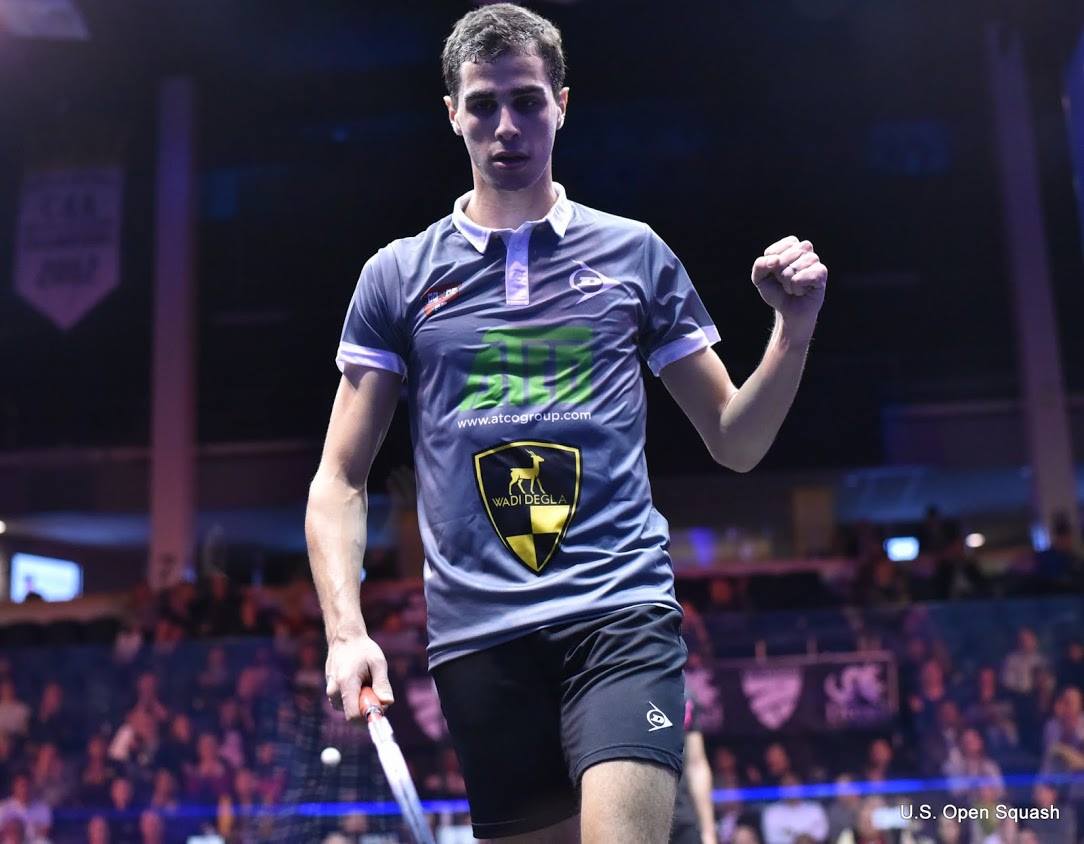 Could you tell us how you usually spend your day?

Is this your daily routine for the whole week?

This is my daily routine from Saturday to Thursday. Every Thursday, I finish my morning training and take rest in the evening. Fridays are for my family. I practice squash for five hours daily besides my fitness and healing trainings, as they important as important as squash training. Without these exercises, I could get injured and would not be able to withstand the physical pressure on my body.

Can players have a full-time job besides squash?

This would not be suitable for any professional player, and will prevent the player from reaching top rankings. If you want to achieve your dreams in sports, you should be completely free, especially as players could travel for 100-150 days a year for tournaments, so how can they work?

In certain cases, yes, especially if the player is sponsored by entities like the CIB and Wadi Degla club. The CIB provides players with professional trainers and bottom-up sponsorship. It starts with young players since entering academy, sponsors international trips, and organises tournaments with good prizes. And when the player is fully professional, it offers full financial support, giving players a higher income.

What does the fact that your wife is also a squash player affect you?

The presence of Nour in my life adds a lot to me. My sports life is difficult and it is not easy for anyone to understand it. It has a different routine, sometimes you return home and you are very exhausted and not at your best mood, these things cannot be understood by anyone unless they experience it. She also motivates me all the time. She is an inspiration to my career. She works hard, knows how to overcome difficult situations, and even consults me being in the same field. I consider her my own adviser as she knows me very well. We are both so lucky.

Have you received any offers to play abroad?

I played for many clubs in Europe, such as York in England and Paderborn in Germany, but playing in Egypt is better financially. Platers are paid per match abroad, but in Egypt you get an annual contract. Moreover, living in Egypt is cheaper. In Europe, you will bear expenses of housing and other things of daily life, as well as taxes. Moreover, the highest level of squash in the world is in Egypt now, not to mention that my family is the most important thing in my life and leaving my family seems impossible.

How it feels to play in front of Giza Pyramids?

It’s an indescribable feeling. “Pyramids Squash Championship” was the reason for my love of the game. Watching Ahmed Barada and Karim Dawrish playing squash made me wish I could be like them. I hope we can offer high performance and win the title, in both men and women championships.

What is your advice for young players?

I hope they can be better than me. I definitely want everyone to have his own character and playing style. The priority for them should be completing their study, then playing sports. They should surround themselves with those who can bring positivity to their lives, such as family and good coaches, as they can push them forward in difficult situations.

Finally, what are your future plans?

I will play the US Open Championship within two weeks, then there is the Pyramids Championship, then the World Championship. I have many tournaments to play until June 2020. I strive to maintain the top world ranking. I hope my generation can inspire young players the same way Ahmed Barada and Karim Darwish inspired us, and I hope that Egyptians continue their lead of the world squash.