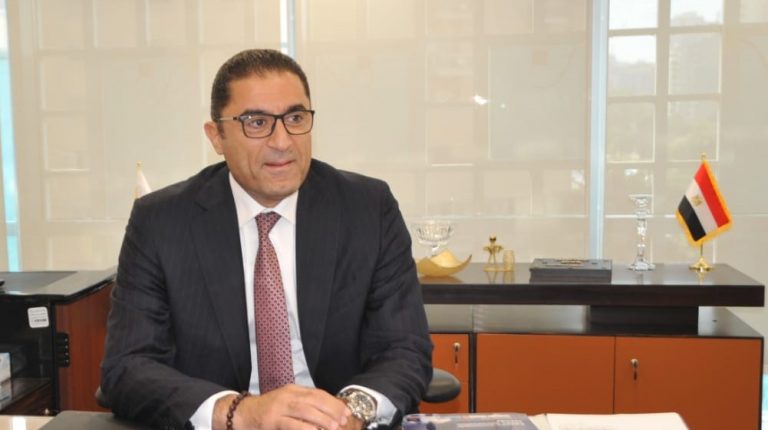 The Union National Bank – Egypt (UNB) aims to increase its market share to 3% by the end of 2023, compared to the current 1.1%, according to Ihab El-Sewerky, CEO and managing director of the bank.

In an interview with Daily News Egypt, El-Sewerky said the bank is working to boost production and achieve sustainable development in Egypt by focusing on vital sectors, such as industry and renewable energy.

He added that the bank’s mortgage finance portfolio, within the Central Bank of Egypt (CBE) initiative, reached EGP 154m at the end of June 2019.

He stressed that the bank plans to aggressively expand technological services over the next five years.

Could you tell us about the bank’s business results during the past year?

What are the bank’s growth targets in the current year?

The UNB – Egypt will witness a major breakthrough in the coming period, where we aim to acquire a minimum of 3% market share during the next four years, up from the current 1.1%. We also aim to achieve a 60% growth in net profit by the end of this year, based on the adopted plan to increase loans by 23%, deposits by 12%, and assets by 12% during H2 of the year. We seek to offer new products and services to suit different segments of customers, in addition to expanding in the application of digital solutions.

What are the main features of the bank’s expansion plan during the coming period?

Technology is the future, so the bank plans to significantly expand in this sector over the next five years, to keep pace with the digital development that we are witnessing. We have been keen on launching some e-banking services, with an ambitious plan to establish e-branches and activate online banking, along with traditional banking solutions and increasing ATMs, in order to reach different society segments and meet customers’ different needs, thereby increasing the bank’s market share.

What are the sectors that the bank focuses on financing in the Egyptian market?

We are working to promote production and achieve sustainable development in Egypt, by focusing on vital sectors, such as industry and renewable energy, which strongly boosts the Egyptian economy. The bank is pursuing a policy of participating in financing companies that implement all national projects undertaken by the state, as well as an interest in financing small and medium-sized enterprises (SMEs), as this sector represents the base that generates jobs, reduces unemployment, improves income, increases domestic output, and stimulates Egyptian exports. The bank also pays great attention to the SMEs sector, which currently accounts for about 13% of the bank’s total loans and facilitations portfolio. The bank’s mortgage finance portfolio, within the CBE’s initiative, reached EGP 154m at the end of June 2019.

What are the main e-banking products offered by the bank?

The bank currently offers internet and mobile banking for individuals and companies, which allows many banking operations, such as transfers, payment of credit card dues, deposit, and requesting cheque books, in addition to the service of querying accounts of all kinds and transactions that have been done. The bank also provides 24-hour hotline service for non-internet users. Two electronic branches have also been opened, offering electronic services as well as ATM instant services any time of the day. In the near future, the bank will expand in offering cash deposit service through its ATM network, in addition to the issuance of e-wallets for customers and non-bank customers, which allows them to spend and transfer money as well as pay bills, in addition to other services. The UNB – Egypt will contract with an electronic payment company to facilitate repayment of loan instalments and credit card dues electronically. Electronic payment services will also be integrated with various electronic channels in the bank, such as payment of bills, online banking, and ATMs.

How the bank supports the CBE’s efforts to achieve financial inclusion?

The bank carried out different activities to contribute to this goal, including the signing of a cooperation protocol with the Dar al-Ma’arif publishing house to launch a book series, called Young Economist, to increase the economic awareness of young people and introduce them to the importance of saving through banks, as well as electronic payments. The cooperation also included the issuance of a book in sign language to introduce blind or visually impaired people to banking terminology. These publications were distributed to school students of various stages, with the aim of preparing the young generation to know how to save, invest, and deal with the banking system. In addition, each year, the bank conducts a number of activities and events during the Arab Financial Inclusion Week, with the aim of expanding its scope of work and increase the number of beneficiaries of its banking services, by revitalising its presence across Egypt. This helps in providing all advisory services based on the customers’ financial needs. Furthermore, the bank also sponsored the activities of the Global Financial Week, organised by the Egyptian Banking Institute (EBI), to stimulate the financial education process for young people. It comes out of the bank’s belief in the importance of youth in the development process of society. Through sponsorship, a number of university students were hosted at the bank’s main headquarters in Mohandiseen, and educational lectures were arranged for them. The sponsorship also included the initiative “Alashan Bokra” (For Tomorrow), which aims to raise financial awareness for school and university students and to stress the importance of saving. Additionally, there is a simulative “Egyptian Banking System Model” (EBSM) initiative, which is the first model at the level of Egyptian universities to simulate the work of banks in Egypt.Through sponsoring the International Financial Week, the bank also aimed to spread financial awareness among children from the age of eight, through the issuance of a series of comic books, entitled “Alashan Bokra Nehawesh” (Saving for Tomorrow), which will be distributed to school students to develop their saving culture.

How do you evaluate the performance of the Egyptian economy after the completion of the reform programme?

The Egyptian economy has achieved great success, as the GDP of Egypt rose to 5.5%, and foreign exchange reserves also rose to unprecedented levels. In addition, the Egyptian pound is regaining value against the US dollar, and the CBE was able to pay foreign dues on time. With all these indicators, I’m very optimistic about the future of the Egyptian economy. Egypt has achieved a pioneering experience. It is a country that combats terrorism while at the same time achieving economic development, which is a very difficult equation. I expect the growth of the Egyptian economy to continue in the coming period, and I expect to see further declines in the inflation rate, with improved levels of deficit in the state budget and foreign current account, and the growth of the GDP.The banking sector has a large deposit size in addition to banking expertise that enjoys the confidence of international financial institutions, which makes banks ready to finance various development projects, especially those with competitive advantages and rewarding revenues.

What role does the bank play in supporting UAE companies operating in the Egyptian market?

The Egyptian market has about 1,144 UAE companies operating in various sectors. The UAE investments in Egypt are focused on several sectors, including real estate, tourism, retail, industry, petroleum, and health care. The UAE is the eighth largest country in the world and is the second largest Arab country in terms of the volume of investments in Egypt. In light of these figures, the bank’s strategy during the coming period focuses on exploring ways of supporting and cooperating with these UAE entities, especially those working in strategic sectors and major national projects. The bank’s plan includes providing all banking and financial advisory services as well as logistical support to these entities in their dealings with government agencies, in order to facilitate the implementation of their projects in Egypt. This is in addition to our keenness on actively participating in several economic events and conferences held under the government supervision of the two countries, regarding strengthening economic ties, and offering investment opportunities in Egypt, and marketing them to UAE entities.