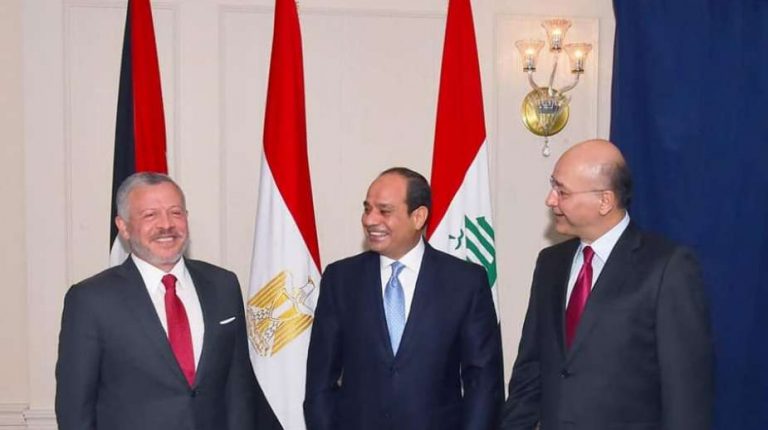 The leaders agreed on the importance of preserving Gulf security and ensuring free navigation in the region in response to recent attacks against Saudi Arabia’s oil facilities.

Furthermore, the three leaders said that safeguarding Gulf security is integral to the national security of Arab countries, as well as affirming the importance of avoiding further escalations that would negatively affect stability in the region.

Tensions have been rising in the region following drone attacks on the facilities of Saudi Arabia’s oil giant Aramco earlier this month. Iran has denied responsibility for the attack, and it was claimed by the Houthi rebels in Yemen.

Also, during their meeting, the leaders agreed on the importance of comprehensive political solutions to the crises in Syria, Libya, and Yemen under the security council’s resolutions while preserving the countries’ unity, independence, and territorial integrity. They also addressed the Palestinian issue, stressing the necessity of restoring all legitimate rights to the Palestinian people through the establishment of an independent state with Jerusalem as its capital.

The leaders further asserted the necessity of eliminating terrorist organisations, as well as combating their funding.