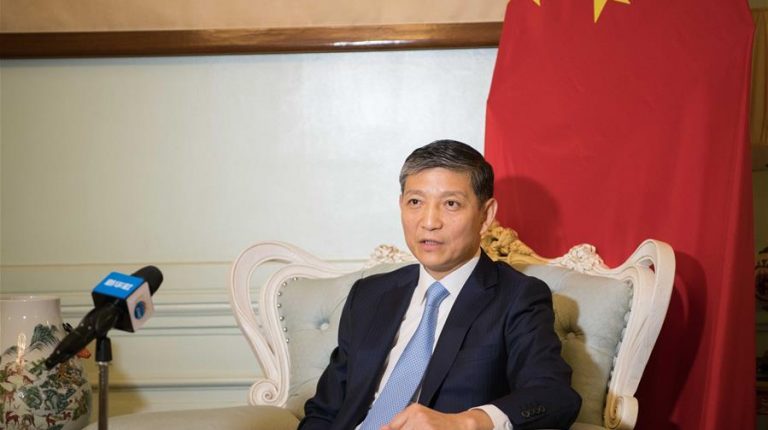 Trade tensions between the United States and China didn’t negatively impact the trade exchange with Egypt nor with other countries over the first half (H1)of 2019, said the Chinese Ambassador to Egypt, Liao Li Qiang, in a conference attended by a number of journalists, on Sunday.

“China’s exports to the US decreased by 2.6% in 1H 2019, while its imports from the US also fell by 25.7% in the same period due to the protectionist illegal measures of the US towards the trade with China,” the ambassador said.

However, China’s trade exchange with other countries increased by 3.8% in 1H 2019 which affirms the solid position of the its economy despite the tensions with the US, the ambassador reassured.

The ambassador also told Daily News Egypt that both countries are discussing new cooperation in the electric cars area, hoping that discussions will lead to concrete projects.

Both countries are paying direct attention to the development of the joint cooperation in several sectors including economic, political and local development aspects, the ambassador asserted, expecting the joint relations to further flourish over the next years.

The ambassador said that he met with about 20 high level Egyptian officials to discuss boosting of the cooperation between both countries, noting that President Abdel Fattah Al-Sisi met his Chinese counterpart, Xi Jinping nine times, while the Egyptian president visited China six times since 2014.

“This year marks the 63rd anniversary of the diplomatic relations between Egypt and China. Since then, the joint relations are considered a role model for other Arab and African countries to follow,” the ambassador added.

Chinese exports and imports reached $4.6trn in 2018, the ambassador mentioned, noting that Chinese Foreign Direct Investments to other countries stood at $130bn in 2018.

On another note, the ambassador noted that the latest attacks against Saudi Aramco threaten the stability of the Middle East and the gulf region.