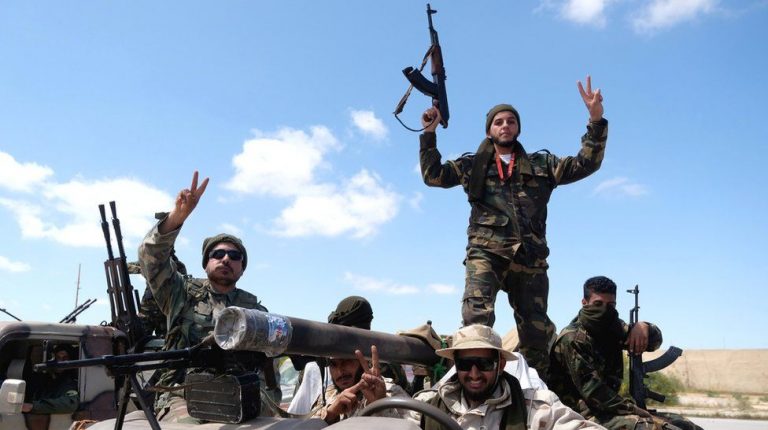 Heavy clashes took place on Saturday between the forces of the Government of National Accord (GNA) and the Libyan National Army (LNA), as the latter launched attacks against the Tripoli airport and the Yarmouk camp, a barracks in southern Tripoli.

The clashes killed 18 soldiers from the two conflicting sides and wounded dozens, including many civilians, according to Libyan local media.

“Seven LNA troops were killed and dozens were wounded in the fighting that took place on the roads leading to the airport in southern Tripoli,” said the LNA spokesperson Ahmed Al-Mismari.

However, a military source from the GNA said that 11 of their troops died and dozens were wounded in the same clashes, according to Xinhua News Agency.

The LNA also declared that its troops, backed by air forces, have launched attacks on the Yarmouk camp.

On the other hand, the GNA said that the LNA’s forces managed to control parts of the Yarmouk camp, until the GNA sent backup forces which engaged in violent clashes for hours with the LNA. Afterwards, the GNA announced it regained full control of the camp and that it thwarted the LNA’s advance.

Furthermore, the GNA accused the LNA of launching strikes against what it described as “civilian farms and residential areas,” resulting in an unknown number of casualties.