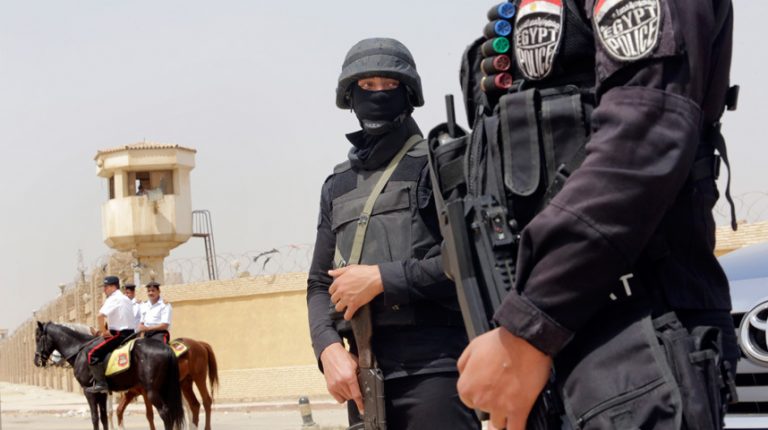 Security forces learned that a large number of militants were hiding in a tourist resort in Al-Rayesah neighbourhood in Al-Arish.

Then, the forces raided the militants’ hideout where 15 of them were killed in a fire exchange, the sources revealed.

Weapons, ammunition, and explosive devices were confiscated during the raid, sources disclosed.

Last week, the Ministry of Interior said that other nine suspected terrorists were killed in a fire exchange with police forces during separate raids in El-Obour and 15th of May cities.

Khalf Al-Dahshory, a leader in the Liwa Al-Thawra (The Revolution Brigade) militant group was among the killed militants.

The ministry stated that Al-Dahshory was involved in two terrorist operations, the first was the assassination of Brigadier-General Adel Ragaie, and the other was attacking a police ambush in Menoufiya governorate.

On 15 September, security forces killed a group of suspected terrorists in North Sinai who were plotting to carry out a series of attacks against police and army troops in the border region, according to the Interior Ministry.

A group of militants riding vehicles opened fire on security forces when they approached them in the Galabana area, the ministry said in a statement. A total of four policemen were injured in the two shootouts.

Since the toppling of Islamist president Mohamed Morsi, Egypt has been battling an insurgency in North Sinai, mostly led by the Islamic State (IS) terrorist group’s branch in the region.

The IS attacks targeted police and armed forces as well as Christians, leaving hundreds killed and injured in the past few years.

Since October 2014, a state of emergency has been imposed in North Sinai. Egypt’s army and police have launched a comprehensive campaign to confront militants in central and North Sinai, the Nile Delta region, and the Western Desert.