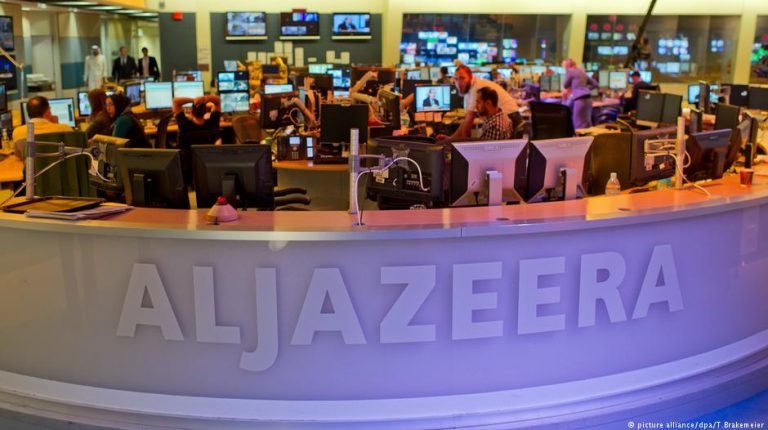 Hundreds of people demonstrated Friday night in Cairo and other Egyptian cities, such as Alexandria and Mahalla, in response to calls launched via social media, to demand from President Abdel Fattah Al-Sisi to step down from office. Several media reports indicated that police arrested dozens of demonstrators, according to eyewitnesses and media reports.

What happened on Friday 20 September

Videos posted on social media by independent activists showed dozens of people gathered in Alexandria, Mahalla, and Damietta in the Nile Delta as well as in Suez. Footage of dozens of demonstrators chanting against Sisi, was posted online using the Arabic hashtag #Tahrir_Square.

In Cairo, dozens of arrests were made in Tahrir Square–the centre of the 25 January revolution against the rule of former President Hosni Mubarak. Police fired tear gas at protesters around the Square, followed by heavy security deployment in downtown Cairo, according to eyewitnesses.

Among those calling on Egyptians to protest was businessman and actor, Mohamed Ali, 45. Ali is a construction contractor who posted videos from Spain calling for Al-Sisi to be toppled. Through a series of videos, Ali accused the top officials in the country of wasting public funds on private projects.

He also claimed that the military owed his privately-owned company, which was reported to have worked with the military in construction-related business, millions of pounds in return for projects carried out. Since the beginning of September, his videos have been viewed millions of times and received many interactions from social media users in Egypt.

Protests in Egypt are severely restricted by a law passed in November 2013, a few months after the ousting of the Islamist President Mohamed Morsi in July of the same year.

The reaction of Egyptian officials and pro-state media

The sudden protests were covered by many foreign, Arabic, and international media and press outlets, however few local media outlets discussed the protests. Similarly, the protests and the arrests were not reported by official bodies.

However, on Saturday, Egypt’s Minister of Foreign Affairs, Sameh Shoukry, said to Saudi-owned Al-Arabiya TV channel that the internal situation in Egypt is very stable. “Some media outlets of those hostile to Egypt are promoting untruthful images to distort the country and its achievements,” he added. Shoukry referred to the Qatari-funded Al-Jazeera channel, known for supporting the outlawed Muslim Brotherhood group.  Shoukry doubted the validity of the published content by the channel on Friday, saying “Al-Jazeera is conveying false information, and continues to spread chaos.”

The minister noted that he contacted some of the Arab media outlets to respond to what he called “lies” reported by Al-Jazeera about the demonstrations in Egypt.

Regarding Friday’s protest, Shoukry said that calls for these protests did not see any support by Egyptians and that the state has cameras everywhere across the country to observe what is happening in Egyptian streets.

Speaking on his talk show on the Saudi-owned TV channel MBC, pro-state presenter, Amr Adib, said that some of the videos displayed by Brotherhood-affiliated TV channels are “old videos that have been republished again in an attempt to motivate citizens to go out in the streets.”

Adib also broadcasted a video footage of demonstrations shown by Al-Jazeera channel, accusing them of showing live broadcasts of the same protest and claiming that it is in three cities. He also accused what he described as the “Brotherhood’s electronic committees” and of changing “names of Facebook groups to attack the state and its institutions”.

The TV presenter, who is known for his close connections with the security apparatuses, called on the Egyptian state to “follow the approach of other countries that do not allow the publication of false news,” through imposing taxes on Twitter, Facebook, and Google.

How Brotherhood-affiliated channels covered the protests

In the same context, Friday’s demonstrations added another chapter of criticism toward some of the Brotherhood-affiliated channels as several outlets were accused of biased coverage, either by exaggerating the number of demonstrators, or reporting deaths in the protests, or broadcasting old footage as new.

For example, the Mekameleen TV channel which is affiliated with the outlawed Brotherhood group, used a picture dating back to June 2019 to say that there are substantial protests within Tahrir Square. The picture, however, showed fans celebrating the victory of the Egyptians team over Zimbabwe in the African Championship.

Moreover, Al-Jazeera Mubasher Misr, a Facebook page that only covers Egyptian affairs, also showed scenes which were described by some users as “fabricated demonstrations,” as one of them showed the same protester in Suez and at the same time in Alexandria.

Social media users also warned citizens not to take into consideration information published by the Turkish Anatolian Agency, stressing that the agency is publishing old pictures of demonstrations as news. Users provided proof saying that the agency published old photos since 2017 as if they happened in Tahrir Square on Friday.

Another incident took place when some accounts allegedly affiliated with the Brotherhood reported the death of a protester in the Sidi Beshr district in the Alexandria governorate. However, the man who showed up in the posted pictures wrote on his personal account that he is alive and not dead as rumoured, calling on people on social media “to stop publishing fake news.”

Shaimaa Al-Sabbagh died near Tahrir of birdshot to the back: Forensic Authority