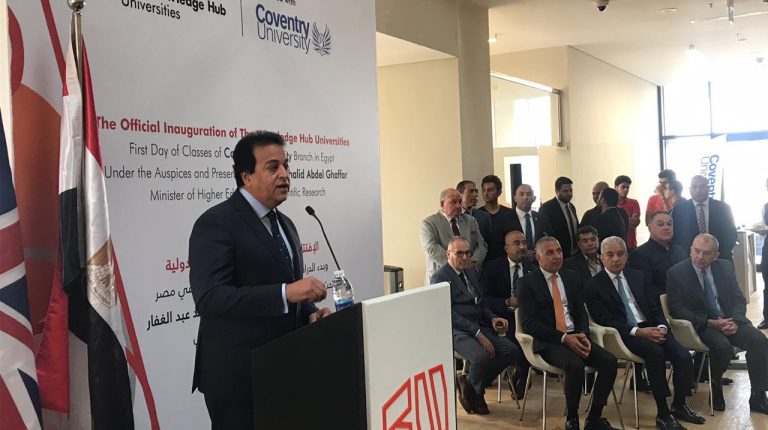 The Minister of Higher Education, Khaled Abdel Ghaffar, said that the state is concerned with building a stronger education, and added that the country started a plan two years ago to enhance development in education. Abdel Ghaffar’s statements came during the opening ceremony of Elsewedy Education’s Knowledge International University (KIU), and a branch of the British Coventry University in the New Administrative Capital (NAC). It is hoped with the opening of these branches that the country will move one step further toward a more robust education system in Egypt.

Chairperson of El-Sewedy Education, Ahmed Elsewedy, said that the university presents a unique model for developed educational services based on the latest educational methods. It hosts branches of international universities that allow for studying their most distinguished majors.

CEO of El-Sewedy Education, Ehab Salama, said that the university’s main objective is to contribute in achieving Egypt’s 2030 Vision for sustainable development by improving the quality of higher education and providing young people with the necessary skills and expertise to start their careers in the labour market.

According to Abdel Ghaffer, the ministry approved the opening of foreign university branches in Egypt to achieve two goals: the first is to attract guardians that send their children to study abroad and offer a cheaper alternative. The second goal is to attract Arab, African, and other foreign students to study in Egypt.

As for the number of Egyptian students studying abroad, Abdel Ghaffar said that they do not have accurate statistics in numbers, but there are significant numbers. For instance, there are about 3,400 nationals studying in Ukraine, 6,000 in Russia, and about 20,000 in England.

In response to a question about the possibility of changing the law to allow for the establishment of centres for foreign universities in Egypt, and not just branches as is the current situation, Abdel Ghaffar said that a change in the law may take place, and that all articles are being currently considered.

Commenting on the rise in private university tuition fees this year, the minister said that they cannot intervene in this matter, according to Law 12 of 2009. “Education is a global commodity subject to supply and demand, and every increase is offset by advantages. The state cannot intervene to assess private education expenses,” he declared.