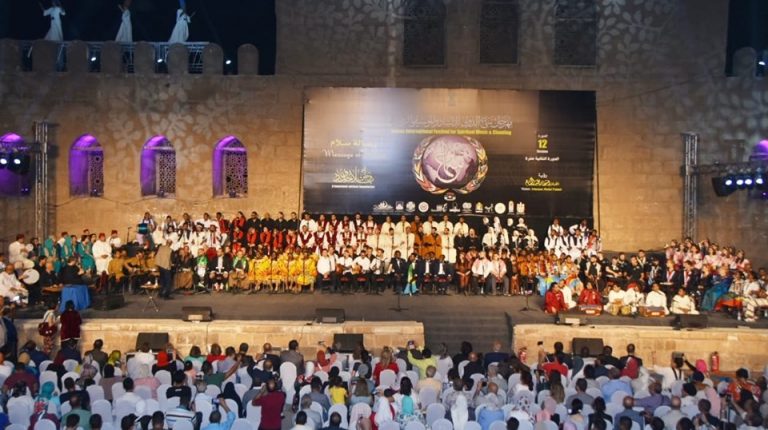 Under the slogan “Nation without Boarders”, Egypt’s Minister of Culture Inas Abdel-Dayem, inaugurated on Saturday the 21st Samaa’ International Festival for Spiritual Music and Chanting.

Directed by the veteran musician Intesar Abdel Fattah, the festival is one of the biggest Sufi musical events in the region combining both troupes and people from the Middle East, performing amid the walls of the historical captivating Cairo citadel.

For 12 years, it has been under the supervision of the ministries of culture, tourism, and foreign affairs, in cooperation with the cultural development fund.

In her statement, Abdel-Dayem asserted that this edition comes to complete the peace and affectionate march which Egypt has been leading for thousands of years, explaining that the festival stresses on cooperation and discussions among nations.

For his side, Abdel Fattah stated that the festival aims to introduce audience to the art of religious heritage music to create a wider world that accepts music of all backgrounds and origins.

Africa comes to be this year’s guest of honor, celebrating Egypt as the head of the African Union.

Running until 26 September, 20 countries are participating in this edition to perform a number of concerts performing solos and in duos.