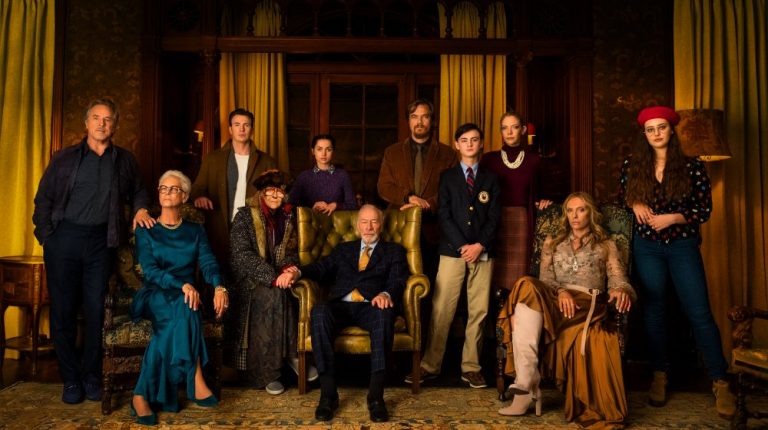 The BFI London Film Festival last Friday announced that the 63rd edition’s opening film will be Rian Johnson’s Knives Out.

The film stars Daniel Craig, Chris Evans, Ana De Armas, Jamie Lee Curtis, Toni Colette, Katherine Langford, and Christopher Plummer. The European premiere of this fresh and modern take on a classic whodunnit will be on 8 October at the ODEON Luxe Leicester Square. The film’s director and some cast members are expected to attend.

Acclaimed writer and director Rian Johnson (Brick, Looper, Star Wars: The Last Jedi) pays tribute to mystery mastermind Agatha Christie in Knives Out. It’s a modern-day murder mystery where everyone was a suspect. When renowned crime novelist Harlan Thrombey (Christopher Plummer) was found dead at his place just after his 85th birthday, the inquisitive and debonair Detective Benoit Blanc (Daniel Craig) was mysteriously enlisted to investigate.

From Harlan’s dysfunctional family to his devoted staff, Blanc sifted through a web of red herrings and self-serving lies to uncover the truth behind Harlan’s untimely death. With an all-star ensemble cast, Knives Out is a witty and stylish whodunnit guaranteed to keep audiences guessing until the very end.

“I’m thrilled to be screening Knives Out at the BFI London Film Festival. This film was an attempt to capture the twisty fun of an Agatha Christie whodunnit. It’s a great pleasure to be showing it in the country responsible for the genre’s golden age,” Rian Johnson said.

Tricia Tuttle, BFI London Film Festival Director, said that the film has crafted a “devilishly clever and wickedly entertaining new crime caper. As with his previous work, Johnson brings immense erudition and passion for the conventions of the genre he’s working in, but always makes something entirely his own.”

“This is impeccably designed, with writing that keeps you guessing to the final moments, and his extraordinary cast are at their arch and compelling best,” she added.