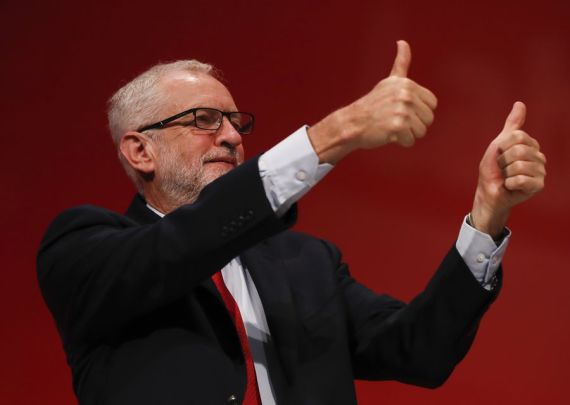 A bid by delegates to force Labour to back Britain remaining in the European Union (EU) ahead of a likely snap general election failed in a controversial vote in the conference hall.

Conference delegates agreed a Corbyn-backed proposition that will see Labour postponing a decision on Brexit until after a general election.

It meant party members endorsing Corbyn’s stance to stay neutral while negotiating a new deal if Labour wins the next election. The party would then put the deal to a new referendum, with an option to stay in the EU on the ballot paper.

“We would put both views and say look, this is the best deal we could get; this is the remain and hopefully reform option. These are the choices before you,” said Corbyn.

While Corbyn’s name echoed around the chamber from a chorus of supporters, there were howls of protests arguing that the vote had been too close to call. The chair of the proceedings faced calls for a recount.

There were calls for a card vote from some in the hall — a formal ballot which is held at Labour conferences when votes are seen to be close. However, these calls were in vain and the proceedings moved on.

Conference chair Wendy Nichols ruled that the show of hands indicated the call for an immediate remain stance on Brexit had been lost.

The Guardian in London commented that if the remainers call for the party to immediately campaign for Remain, it would have been seen by the media as a terrible defeat for Corbyn.

The Guardian commented that remainers think Labour will haemorrhage votes to the Liberal Democrats and the Greens at the general election under Corbyn policy that will now remain unchallenged until the election.

“The Corbynites think turning Labour into a remain-only party would be even more disastrous. There is no way of knowing which analysis is more correct,” added the commentary.

While the conference decision has clarified the main opposition approach to the Brexit impasse, there was criticism of the vote away from Brighton.

London Mayor Sadiq Khan said he did not believe the decision reflected the views of the overwhelming majority of Labour members “who desperately want to stop Brexit.”

The recently elected leader of the pro-EU Liberal Democrats, Jo Swinson, accused Corbyn of showing “a total lack of leadership on Brexit”.