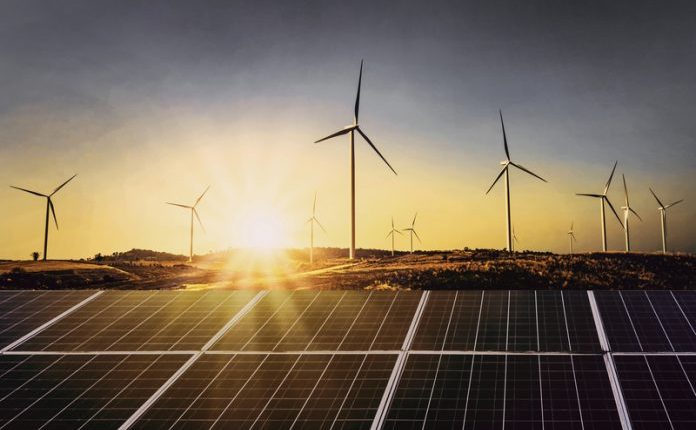 Egypt’s electricity and renewable energy sector has been a major attraction for investments from Arab and foreign companies, especially after  authorities issued several encouraging legislations for the private sector.

A survey conducted by Daily News Egypt showed companies’ willingness to expand and pump more investments in electricity production and distribution projects in the coming period, despite the current energy surplus.

The 6-question survey tackled expansions, borrowing, the possibility of injecting new investments, localisation of energy industry components, transforming Egypt into an energy exporter, and the possibility of electricity price reduction.

About 64% of the respondents, equivalent to 32 companies, said they plan to expand in the next year, while 22% said they do not intend to expand, and 14% were not sure whether there will be any expansion.

The survey also found that the companies, looking forward to expand, would increase production and exports in Arab and African markets, while those who would not expand believe that their current production capacity is enough. Those not sure about expansion also believe their current factories and production lines are enough. 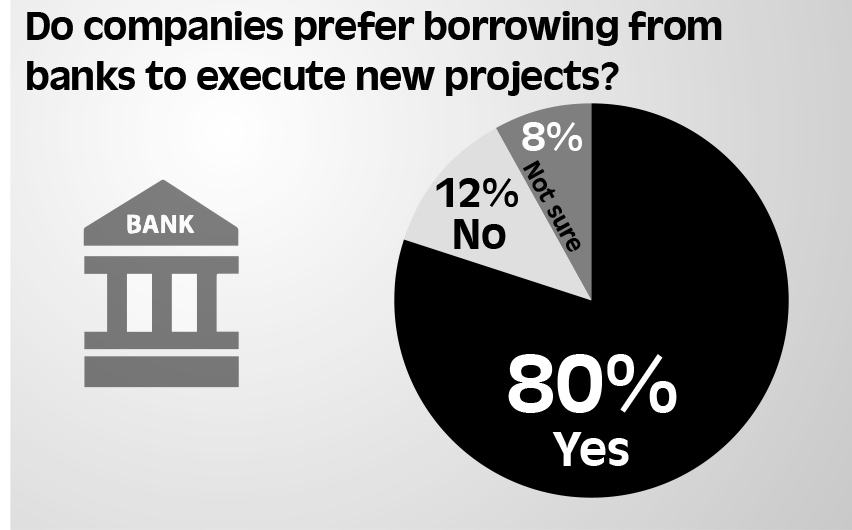 Sherif Abdel Fattah, deputy CEO of Schneider Electric Egypt, said his company seeks to expand its factory in Badr industrial city, which represents a regional centre for producing low and medium-voltage plates, with distribution and exportation of its products to regional and African markets.

He clarified that the factory exports 25% of its production to more than six markets, including Dubai, Nigeria, Sudan, Kenya, and others. The company aims to increase the volume of exporting.

Abdel Fattah added that Schneider Electric’s production capacity of electric distribution panels has increased by 110%, and the company intends to further increase it in the coming year.

Gomaa Al-Mughazi, managing director of the Egyptian Power Saving Company (EPSCO), said the company aims at expanding its factory in the industrial area at the Third Settlement district to produce new high-quality products, and to set the percentage of locally produced light bulbs and dryers in Egypt to 90%.

With expansion, come the need for financing. About 80% of the companies that participated in the DNE survey said they intend to borrow from banks to carry out expansions, develop production lines, and increase the volume of their dealings.

Hatem Al-Romy, chairperson of Triple M Construction company, confirmed that the company seeks to borrow from banks to execute a new project meant to localise renewable energy components. The company is currently in negotiations with Egyptian banks, including the National Bank of Egypt (NBE) and Banque Misr, to finance the project.

The NBE is one of the most prominent banks financing the electricity and renewable energy sectors in Egypt, providing the largest financing in electricity history with a value of EGP 37.4bn. The bank seeks to provide funds to the private sector to execute projects, while the World Bank allocates funds to establish solar stations. 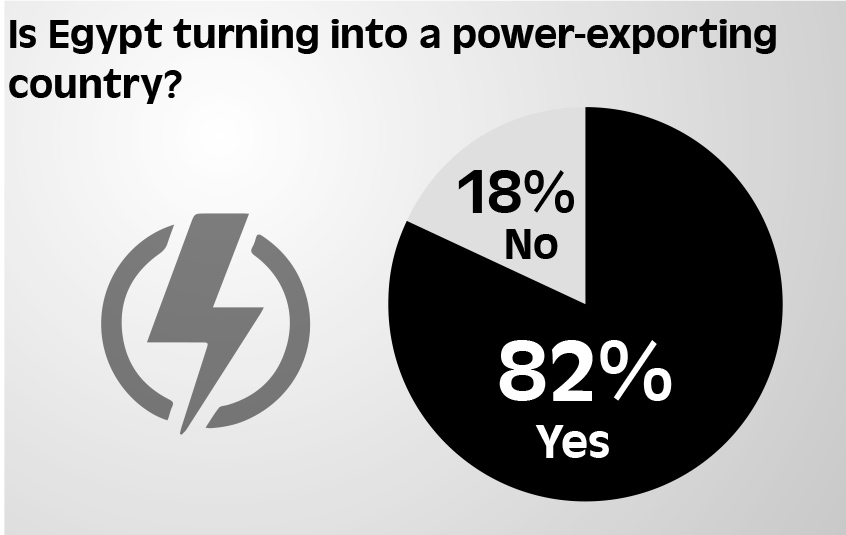 Do companies intend to launch new products or services?

Ashraf Sultan, chairperson of El Nasr Electric and Electronic Apparatus Co. (NEEASAE), said, “The company’s future plan includes development of their factories, expansion, and exploitation of all capabilities, and the production of new types of LED lightbulbs. We plan to supply the components of 750,000 bulbs that will go into the production of new kinds of bulbs.”

Similarly, Medhat Ramadan, chairperson of the Egyptian German Electrical Manufacturing Co. (EGEMAC), clarified that the company seeks to produce transformers to increase the domestic component of industry. The company has also built a factory that is able to produce 66kV and 220kV transformers.

He confirmed that the company set local manufacturing rules, and its products became available in Egypt and Africa. Within a few months, the company will enter African markets to implement transformer stations, he added.

Is Egypt turning into a power-exporting country? 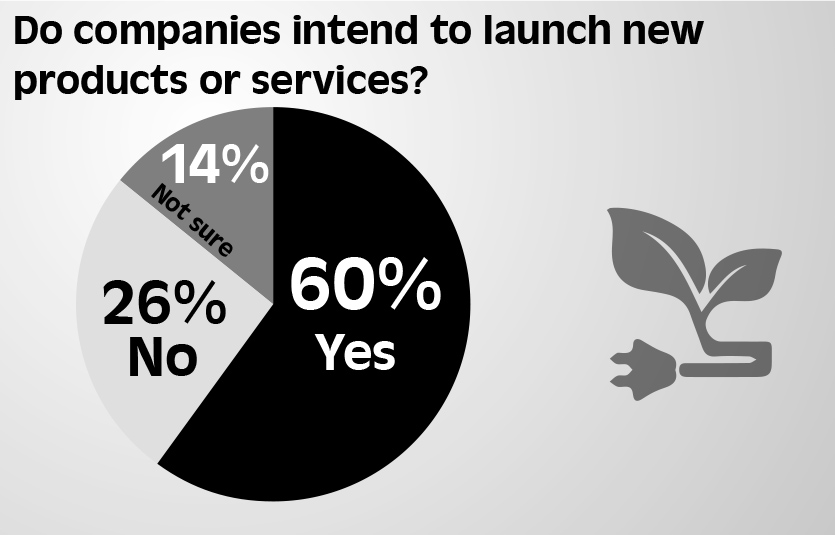 Egyptian companies seem assured that Egypt will be an energy exporter in the coming period, with 82% of the total 50 surveyed companies expecting Egypt to export electricity to Arab, African, and European countries to achieve economic returns.

The other 18% believes that Egypt will not be able to export energy for the time being, citing that Egypt lacks the necessary electrical infrastructure or the required investment to develop the grid.

Accordingly, Hassan Aboughalma, CEO of Georenco, said Egypt is capable of exporting energy, and large networks of electric connection projects are being implemented. The transformation from traditional to renewable energy sources should be supported due to Egypt’s high solar irradiance and unprecedented wind speeds compared to many regions around the world.

He stressed that political stability played an important factor in attracting investments in recent years. However, the country should exert more efforts to push development, increase domestic production, reduce the deficit in the general budget, and limit external borrowing.

The government plans to launch an integrated industrial complex for the manufacture of solar panels. It also studies the establishment of a factory of wind turbines, after opening the market and executing many projects for the production of electricity from renewable sources. 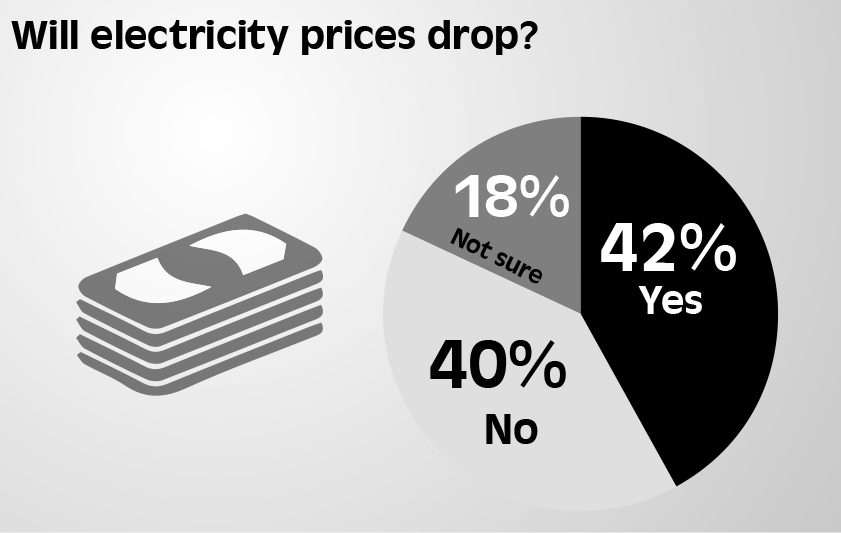 DNE survey results showed that 66% of companies trust Egypt’s ability to manufacture renewable energy components benefiting from the strong demand for establishing new energy stations, confirming that it will be a leap in Egypt’s development.

Moreover, 18% of the companies believe that Egypt will not implement industrial complexes for renewable energy components, especially as it requires huge investments, and also the market is not big enough to absorb this industry. The rest 16% clarified that they do not believe in establishing industrial complex for energy components, especially as the prices of Chinese products are still cheaper.

He added that the expected results of the project include providing high-quality and locally produced machinery, as an alternative to similar imported technology, and increasing export opportunities. It would also contribute to saving and increasing foreign exchange reserves in Egypt.

Professor Amr Abd El-Qader, from the British University in Egypt (BUE), agreed with Ibrahim, saying that Egypt has great potential for localising wind turbines and solar cells manufacture, confirming that the BUE managed to produce wind turbines with 100% Egyptian components and seeks to cooperate with all sides to help settle the industry of renewable energy components. 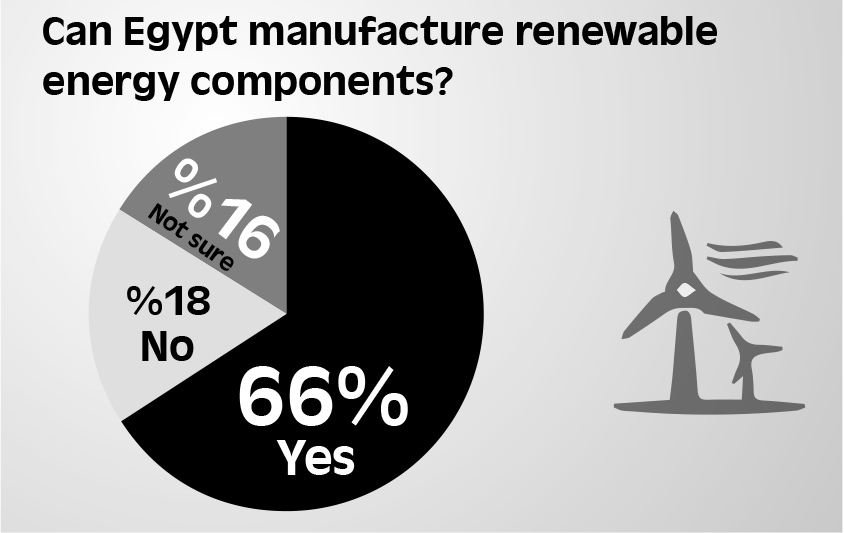 According to the DNE survey, 44% of companies do not believe that electricity prices will decrease in the coming years due to the rise of oil prices and the cost of producing natural gas-based electricity. Meanwhile, 40% of respondents expected a decrease of energy prices in the coming period, especially after the trend of diversifying sources of production and reducing the decrease of production from renewable sources.

On the other hand, Ahmed Zahran, co-founder and CEO of KarmSolar, believe “the current prices of electricity are very high.”

In the coming years, consumers should expect a drop in electricity prices once the private sector gets a hold of production and becomes a strong competitor against other state distribution companies.

Galal Othman, professor of wind energy in Mansoura University, said that electricity prices in the coming period will not decrease under the Ministry of Electricity’s dependence on natural gas-based stations, which import gas in dollar. The only case in which prices may decrease is shifting to renewable energy.

He stressed the need to move towards the creation of renewable energy stations in remote areas, as these stations will provide electricity needs of citizens and ease the financial burden on the state. The benefits of these stations outweigh the burdens of the implementation of new electrical networks.

EGEMAC to start operations of 5 power transformer stations within weeks

Neeasae signs a cooperation agreement with EPSCO for the sale, supply of lamps and lights