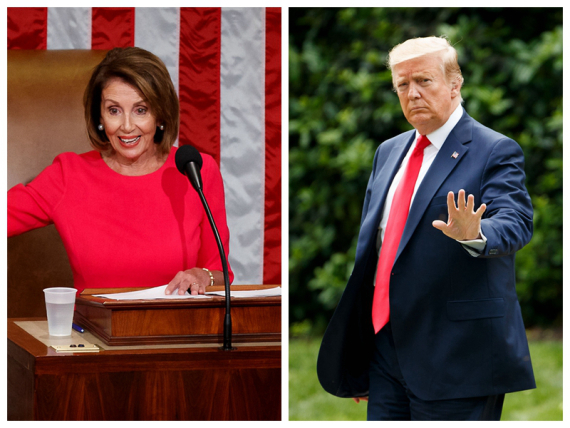 “Today, I’m announcing the House of Representatives is moving forward with an official impeachment inquiry,” said the Democratic congresswoman from California, after she concluded a closed-door meeting with the House Democratic Caucus.

Citing Trump’s admission this week that he talked about Democratic presidential candidate Joe Biden during the July 25 phone call with Ukrainian President Volodymyr Zelensky, Pelosi said “the actions of the Trump presidency revealed the dishonorable fact of the president’s betrayal of his oath of office, betrayal of our national security, and betrayal of the integrity of our elections.”

Pelosi said she will direct six House committees to proceed with their investigations into Trump “under that umbrella of impeachment inquiry.”

“The President must be held accountable. No one is above the law,” she said.

Trump responded immediately to Pelosi’s announcement, taking to Twitter and calling the inquiry “a presidential harassment.”

The president said the Democrats “never even saw the transcript of the call,” adding their decision to impeach him is “a total Witch Hunt!”