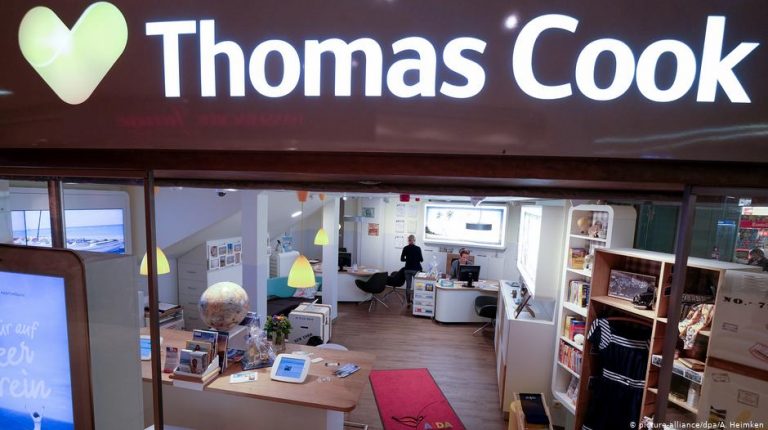 The British embassy to Egypt is closely coordinating with the Egyptian government to handle the issue of the recently bankrupt British travel group, Thomas Cook, according to the embassy’s spokesperson, asserting that its collapse is a commercial matter that impacts its clients worldwide, and not just Egypt.

British tourists will soon return back to the United Kingdom and the British Civil Aviation Authority (CAA) guarantees to pay all extra expenses required to stay longer in Egypt until the CAA is able to book them new flights, the embassy spokesperson added on Monday evening.

“The British government along with the CAA work around the clock to support all the negatively impacted travellers abroad. The UK government is initially returning 150,000 travellers from 50 different destinations,” stated the embassy spokesperson.

About 415,000 British nationals visited Egypt in 2018. While most visits are trouble free, according to the Foreign and Commonwealth Office (FCO), the UK is still suspending its direct flights to Sharm El-Sheikh after the Russian plane crash in Sinai on 31 October 2015.

Meanwhile, the Egyptian Ministry of Tourism, Rania Al-Mashat, commented in a parliamentary statement that since 2016, British tourism has been generally modest, noting that Egypt is expected to lose 25,000 tourists, which is considered below the minimum.

She added that the Ministry was aware of Thomas Cook’s bankruptcy of for months ago, hence the ministry is always working to diversify the markets of incoming tourists.

As for British tourists in Egypt, she stated that the British government is taking the necessary measures to transport them to their country after the cancellation of their bookings with Thomas Cook.

She stressed that the ministry of tourism is checking on all British tourists with the British embassy in Egypt.

On 23 September 2019, the Foreign and Common Wealth Office (FCO) updated its travel advice for British tourists who plan to visit Egypt following the announcement of Thomas Cook ceasing trading.

The FCO advised against all travels to the governorate of north Sinai, due to terrorist attacks against police and security forces resulting in deaths. The FCO also advises against all but essential travel to the governorate of south Sinai, except the area within the Sharm El-Sheikh perimeter barrier, which includes the airport and the areas of Sharm El-Maya, Hadaba, Naama Bay, Sharks Bay, and Nabq.