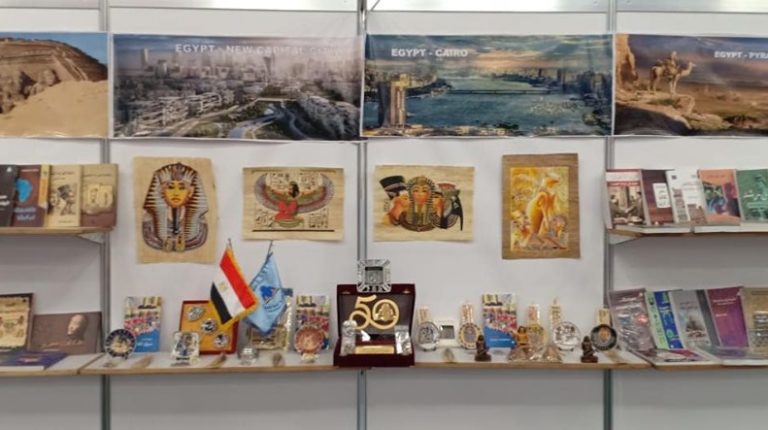 In its continuous attempts to spread Egyptian culture across nations, Egypt’s Ministry of Culture announced its participation in the 22nd Nairobi International Book Fair in Kenya.

Egypt’s participation marks its first at the book fair, that runs from Thursday until 29 September under the theme of “Reading, Application, and Freedom.” Egyptian Minister of Culture, Inas Abdel Dayem is this year’s guest of honour.

Egypt’s ambassador to Nairobi, Khaled Al-Abyad, attended the inauguration of the book fair. The General Egyptian Book Organisation participated in the book fair with 220 publications about various topics.

Abdel Dayem stated in a press release that the spread of Egyptian culture to the Nile origin countries strengthens the ties between Egypt and Africa, and deepens both cultural and historical roots.

“The invitation for Egypt to participate at the 22nd Nairobi International Book Fair reflects the position of Egypt among the African countries,” she asserted, adding “it further sheds light to the cultural movements taking place in the African communities, as soft powers are nations’ ways of communications.”