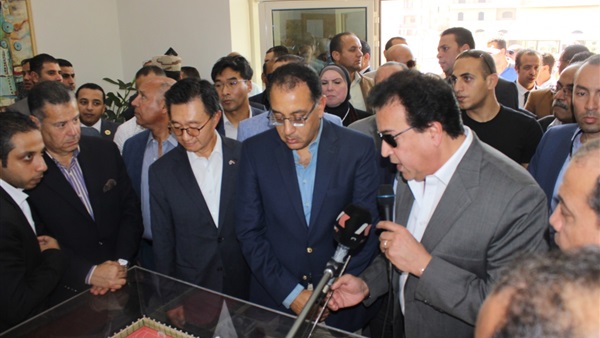 The Egyptian government and the South Korean embassy in Cairo are finalising preparations for inaugurating the Beni Suef Technological University scheduled for early October 2019.

It will play a key role in training the Egyptian youth on skills needed in the Korean plants in Beni Suef, and improving the employment rates among youth in general, the ambassador told Daily News Egypt.

Samsung and other Korean small and medium-sized companies are already operating in Beni Suef.

“Korea aims at contributing to the local economy in the Upper Egypt while Korean companies can benefit from the skilled labour, so it’s a win-win situation,” the ambassador mentioned, hoping that this mechanism can be repeated in Egypt by other countries.

The ambassador added that the university received many enrollment applications and hundreds will begin their study soon. There are two majors available now; Information and Communications Technology (ICT), and mechatronics.

Meanwhile, the ambassador also discussed with Abdel Ghaffar ways of boosting bilateral cooperation in the field of education.

“Madbouly expressed his gratitude to the Korean government for this important project, saying that is exactly what Egypt needs. He hoped that similar projects can be launched in other governorates,” the ambassador concluded.