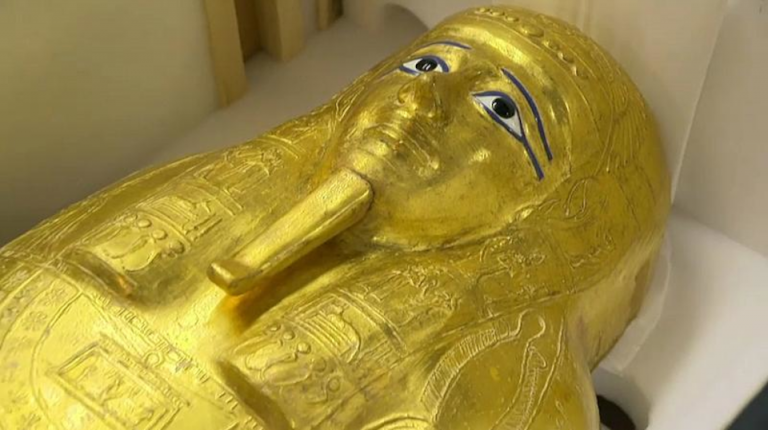 An ancient Egyptian artefact that had been stolen and sold to the Metropolitan Museum of Art for $4m, was given back to Egypt on Wednesday.

This sarcophagus is a huge artefact stolen from the country in 2011 and sold to the Metropolitan Museum of Art in New York City.

The Gold Coffin of Nedjemankh was stolen from the Minya region of Egypt in the aftermath of the Egyptian Revolution in October 2011.

Egyptian Foreign Minister Sameh Shoukry participated in the ceremony held at the US Attorney General’s Office in New York. The Nedjemankh golden coffin was handed over.

The coffin belongs to a prominent priest during the first century BC. The gold-covered coffin has attracted 448,000 visitors since its display in 2018 in the Metropolitan Museum of Art in New York City.

The coffin’s return is part of bilateral cooperation between the United States and Egypt, according to a memorandum of understanding signed in November 2016, which provides for the protection of Egyptian antiquities from smuggling, Egypt was able to recover the artefact.

The recovery was part of an ongoing joint investigation with law enforcement partners in Egypt, Germany, and France.