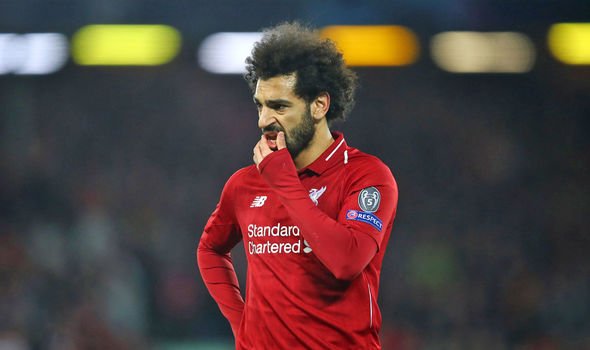 The former board of directors of the Egyptian Football Association (EFA), chaired by Hany Abu Reda, has apparently implicated the acting five-member board of the EFA after the ex-board failed to vote for Liverpool star Mohamed Salah in FIFA’s Best awards.

The Liverpool star, who finished fourth in the Men’s Best Player award, raised alarms of a possible withdrawal from Egypt’s national team after removing all references on his social media accounts.

However, Salah appeared to reassure fans that this would not happen with a post on social media. The 27-year-old tweeted: “No matter how they try to change my love for you and your people they will not.”

A major investigation is now underway by the EFA acting board as the team’s captain Ahmed Elmohamady and Olympic team coach Shawky Ghareeb revealed they voted for Salah, but they were not registered towards the count.

Head of the EFA’s acting board, Amr El-Ganainy, decided to open an investigation into the issue, especially after Ehab Lehita, the national team’s former manager, confirmed that both the Olympic team coach and El-Mohamady voted for Salah and handed over their ballots in mid-August, four days before closing the vote.

Salah expressed his anger at the actions of the EFA, especially in light of the previous row between the two parties, starting back under Abu Reda’s term. Salah feels that this mismanagement was deliberate, and has threatened to not attend the national team’s training camp in October.

The only vote that had been registered from Egypt was by journalist Hany Danial, who voted Senegalese Sadio Mane and Cristiano Ronaldo ahead of Salah.

Meanwhile, Magdy Abdel Ghany, head of the Egyptian Professional Footballers Association and former board member of the EFA, said he was not responsible for Salah losing votes.

He added that the EFA is the only body responsible for collecting and delivering the votes.

Abdel Ghany referred to the votes of Egyptian players that put Salah in the 50-man long list for the award, denying accusations of deliberate mismanagement.

On the other hand, Hossam El-Badry, the newly appointed coach of Egypt’s national team, pledged to intervene and persuade the player to back down and participate in the camp, given that he is one of the most important players in the world. El-Badry has announced summoning five Egyptian players to national team duty, including Mohamed Salah, Mohamed Elneny, Ahmed Hegazy, Mahmoud Hassan Trezeguet, and Ahmed Hassan Koka.

On a different note, on Thursday, the EFA will hold a press conference to announce the signing of Hossam El-Badry as the head coach of the national team, replacing Mexican Javier Aguirre. It is expected to announce the full squad of the national team and the coaching staff which will show play the qualifiers for the Africa Cup of Nations 2019 and the 2022 World Cup qualifiers.

According to sources, the coaching staff will include Mohamed Barakat as football director, Ahmed Ayoub and Tarek Mostafa as general coaches, Sayed Moawad as assistant coach, Ayman Taher as goalkeepers coach, Mohamed Abu El-Ella as head of the medical team, Shady Barakat for psychological rehabilitation, and Ali Mohamed Ali and Mina Sameh as administrators.