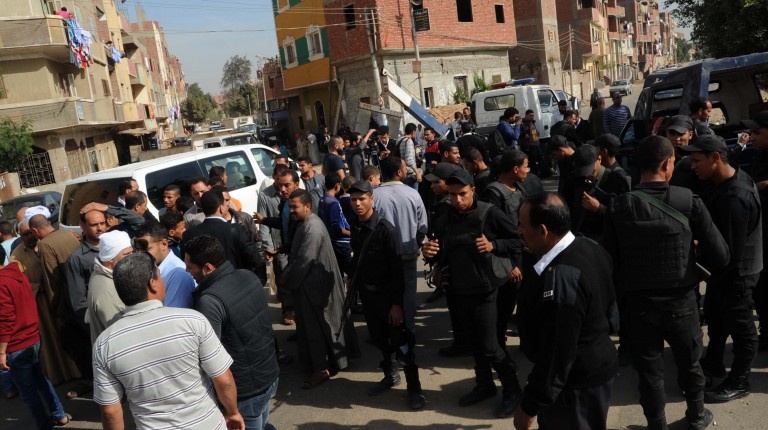 The Cairo Criminal Court sentenced seven defendants to death after they were charged with killing eight police officers in an armed attack in May 2016, in addition to other cases where officers were killed.

The prosecution accused the defendants of “joining a terrorist group, possessing weapons and explosives, executing terrorist operations, murder of police officers.” They were also charged with committing two other assassinations in 2016, killing three police personnel, a major general and two conscripts.

The Helwan minibus attack was executed by four militants who hid inside the boot of the truck and then opened fire on the minibus. The attack resulted in the death of seven low-ranking police officers and one officer, according to the Interior Ministry. At the time, both the Islamic State (IS) militant group and the “Popular Resistance” movement, whose affiliation is unknown, have claimed responsibility for the attack.