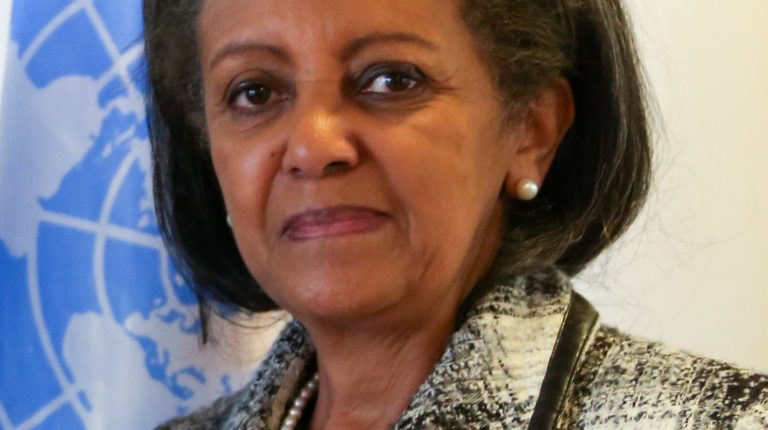 President of the Federal Democratic Republic of Ethiopia Sahle-Work Zewde, said that “cooperation between the Nile Basin countries is a necessity not an option.”

During her speech in the general debate of the 74th Session of the General Assembly of the UN, Zewde noted that her country is building the Grand Renaissance Dam (GERD) over the Nile River in order to generate hydroelectric power.

She explained further that some 65 million Ethiopian citizens do not have access to electricity.

Zewde’s comments came following President Abdel Fattah Al-Sisi’s speech at the UNGA74. Al-Sisi said that Egypt understands the Ethiopian desire to build the GERD, however it is not based on real studies.

Al-Sisi stressed that the Nile water is a matter of life and an issue of existence for Egypt. He further expressed Egypt’s hopes for mutually beneficial agreement that may achieve the common interests of the people of the Blue Nile.

The issue of Nile water is a controversial issue between Egypt and Ethiopia as Egypt believes that constructing the dam could affect its water security.

The filling and operating period of the GERD are the two main issues between Ethiopia and Egypt. The problem centres around the storage period, which Ethiopia believes should be three years, while Egypt believes it should be 7 years.

The past round of negotiations between Cairo and Addis Ababa failed as the later rejected “with no discussion” Egypt’s vision regarding the rules of filling and operating the GERD.

The next meeting between representatives of the two countries in addition to Sudan, will be held from 30 September to 3 October in Khartoum, Sudan to discuss the proposal of the three countries. Another meeting set to be held from 4 to 5 October 2019 between the ministers of water of each country.

E-Commerce Summit honours Halan for its services in transportation sector